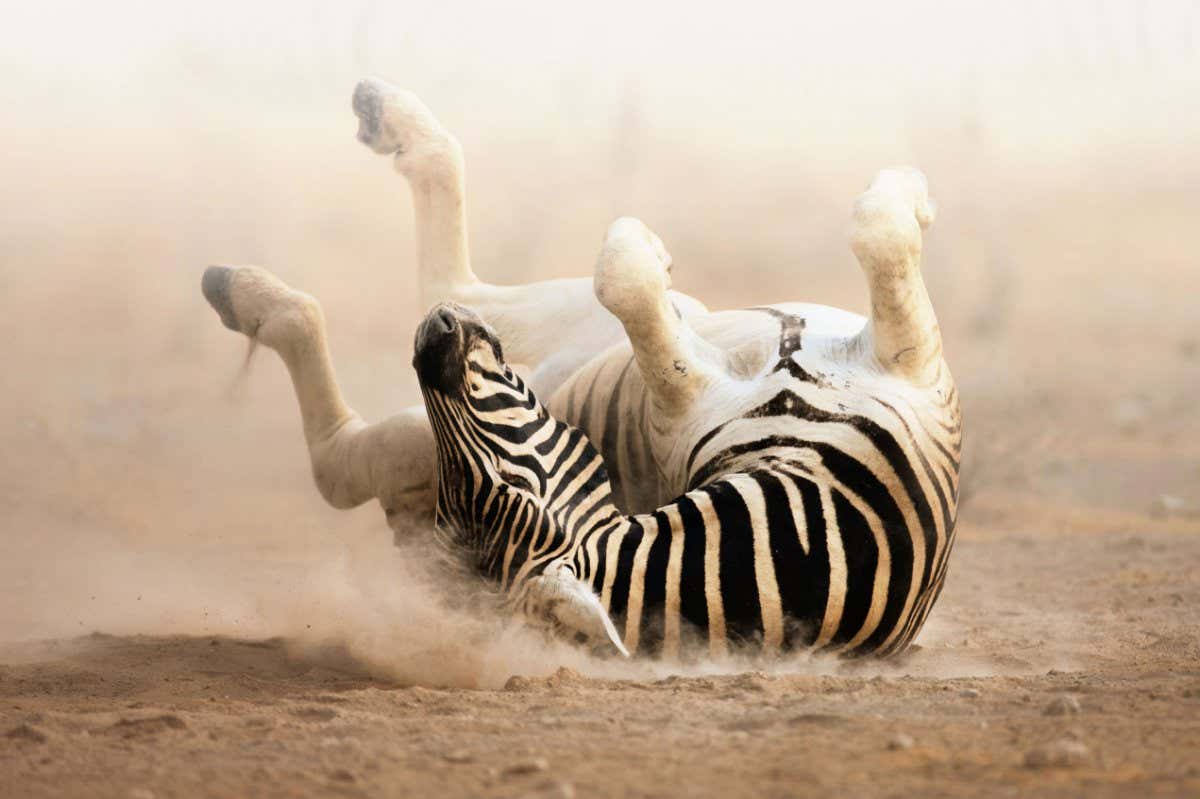 Rolling on the ground seems to be essential to life – at least in Africa’s Namib desert, where zebras bathe in dust, creating pits in the landscape that promote biodiversity.

The Namib desert is a vast stretch of dunes and mountains along the coasts of Angola, Namibia and South Africa. It is the world’s oldest desert and one of the driest.

Despite this extreme aridity, many animals and plants have adapted to survive, including the Hartmann’s mountain zebra (Equus zebra hartmannae). Herds live on the …