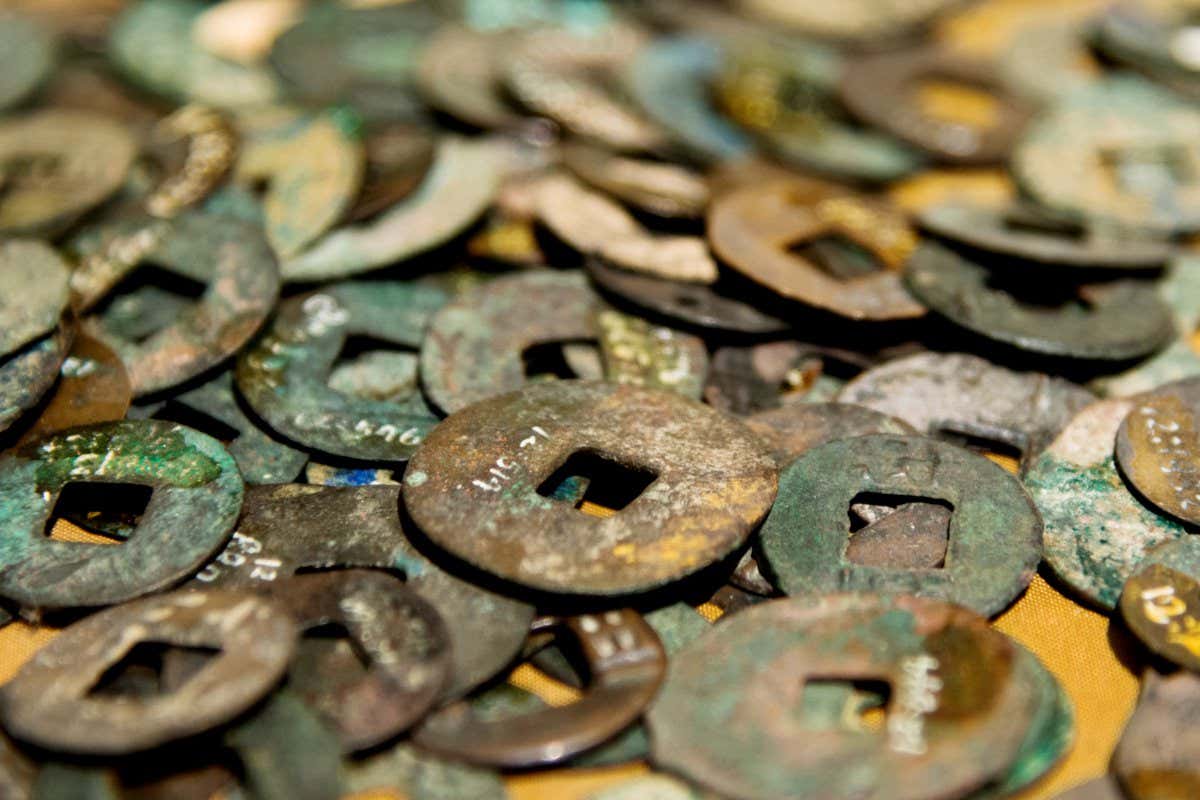 The way that some of the first coins were viewed 2500 years ago is similar to how we regard computers today, writes Annalee Newitz

WHAT may well be the oldest metal coins in the world have been identified by archaeologists at an ancient abandoned city known as Guanzhuang in China. Made of a bronze alloy, the coins were discovered in a well-preserved mint – complete with moulds and other tools – and carbon-dated to between 550 and 640 BC.

Like many Bronze Age coins from the region, they were cast in the shape of 14-centimetre-long spades, their stylised shovel blades attached to carefully crafted hollow handles. These ancient coins existed during a transitional period between barter and money, when coins were a novel concept, but everybody …