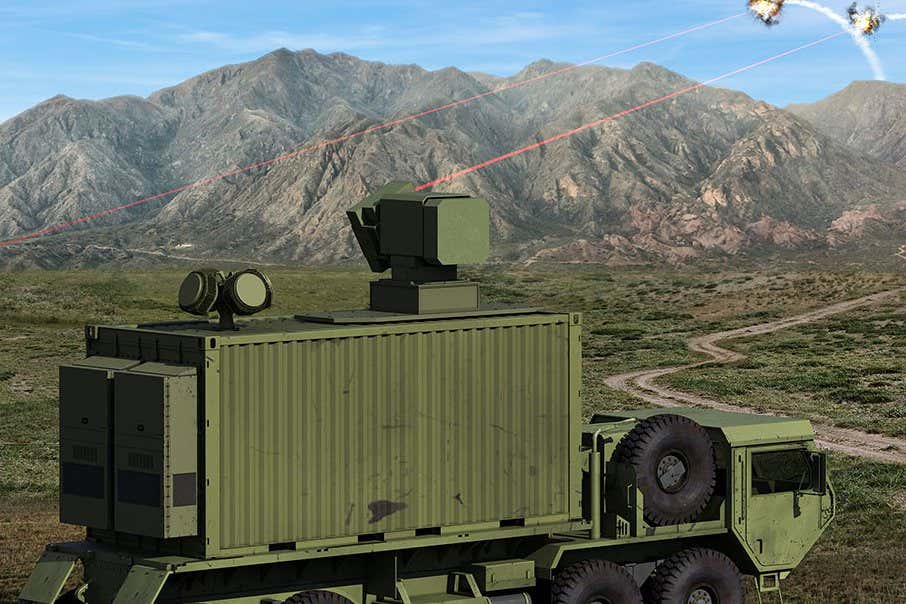 Lasers are currently used to shoot down small drones, but a more powerful weapon could take on larger targets

The US Army is planning to demonstrate a 300-kilowatt laser weapon, its most powerful ever, next year. General Atomics Electromagnetic Systems (GA-EMS) and Boeing are building the device, which is the size of a shipping container and mounted on a heavy truck.

“The high power, compact laser weapon… will produce a lethal output greater than anything fielded to date,” Scott Forney, president of GA-EMS, said in a statement.

The US Navy deployed the first high-energy laser weapon, known as LaWS, on the USS Ponce in 2014, with a reported 30 kilowatt output. Most military lasers tend to be in the 30 to 100 kilowatt range, which is mainly useful for shooting down small drones, so the new weapon is a significant increase.

Typically such weapons are based on multiple industrial fibre lasers, with the output combined into a single beam. The new weapon instead uses large slabs of glass connected in series. Such slabs have previously been hard to use due to waste heat and issues with beam quality, but GA-EMS says connecting them in series solves these issues and removes the need to combine beams from multiple fibre lasers.

The new laser is part of a US Army project to develop defensive lasers that can shoot down incoming threats. Last year it demonstrated a 10-kilowatt laser defeating small mortar rounds.

“It will allow the system to engage a greater density of incoming threats, and also potentially engage threats which offer a shorter engagement window either due to speed or very low altitude flight trajectory,” says Bronk.

This might allow the laser to defend against ballistic and cruise missiles as well as drones, aircraft and helicopters, he says.