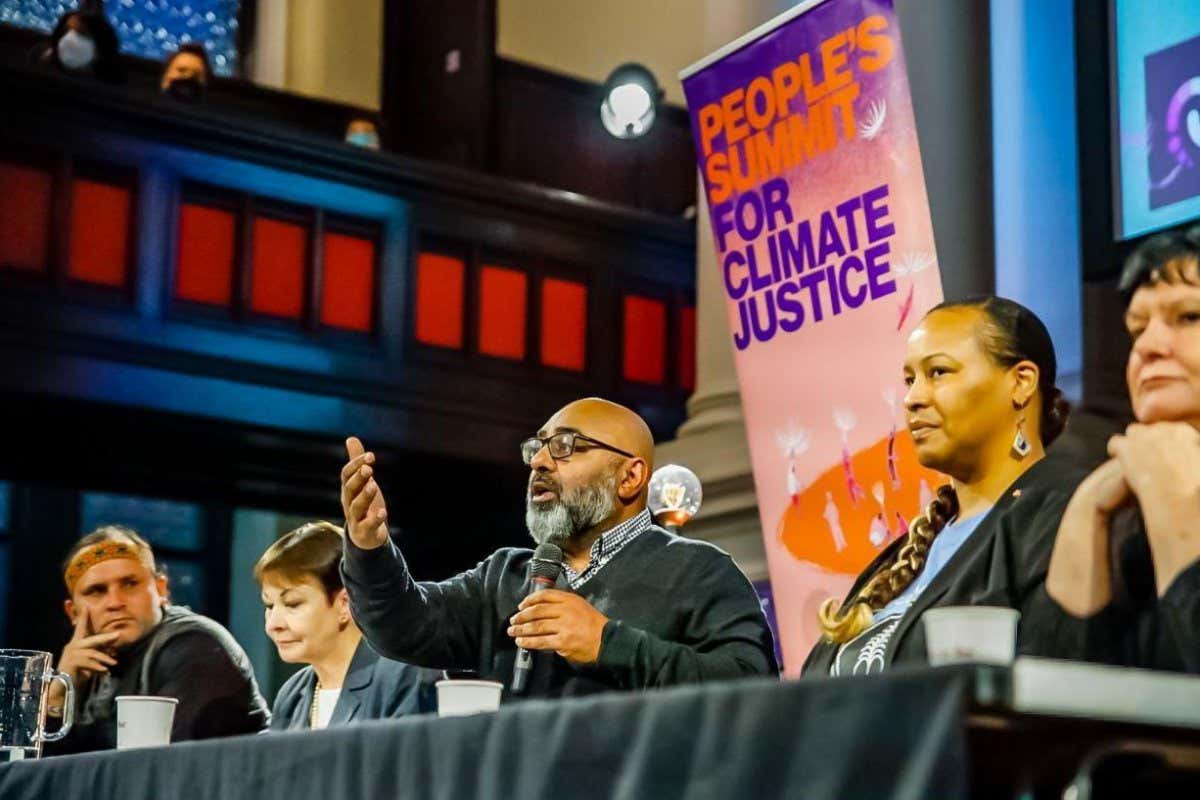 In Glasgow, much attention has been paid to the COP26 climate summit but an alternative meeting called the People’s Summit brings together environmental activists and campaigners

The COP26 climate summit is a lot. There are thousands and thousands of people in suits and lanyards walking very quickly from room to room. The hastily assembled floor reverberates throughout the day with people’s drumming footsteps. Everything about COP26 is utterly overwhelming but it’s not the only event in town.

For the second week of November, Glasgow has been home to an alternative climate summit as well. The People’s Summit is a gathering of activists and campaigners that has hosted talks and workshops – both online and throughout the city – on issues like environmental activism, indigenous rights and air quality.

I met Lina Gobbelé, a 19-year-old student from Germany, at a workshop on the various forms climate activism can take. The room was cold, starkly lit and on the outskirts of Glasgow. It was filled with about 20 people, some from Belgium, another from Israel, and another who works for the UK’s Caroline Lucas, a member of parliament in the Green Party.

Gobbelé says she went to COP26 for the first week but didn’t enjoy it. “It was just people in suits trying to look important,” she says. “I didn’t see what the point in me being there was.”

She has been an activist since she joined the Fridays for Future movement at age 16 and says the value in these meetings like the People’s Summit is that she gets to meet people who care about the same issues as her.

Johanna Ellerhoff, an 18-year-old activist from Germany, says she came to the People’s Summit because she is scared for her future. “I feel hopeless sometimes but I feel like we are the actual leaders of the movement, not the people at the climate summit,” she says.

The People’s Summit covered several topics related to climate justice over its three-day programme. One evening lecture about air quality in Latin America highlighted how activists are trying to force the issue to be taken seriously.

Clara Ramos, a lawyer from Brazil, gave a talk on the legal action she has taken against the government over air pollution. She is part of the Parents for Future global environmental movement that supports the actions of young activists. “I have two sons,” she said during her presentation. “Will their survival be harder than mine?”

David Tsai, an air quality researcher at the non-profit Institute for Energy and Environment in Brazil, also spoke during the session and says the country needs a national air quality policy.

Ramos says she is confident the legal case will win, but says it will be a 10- to 20-year fight.

Like the German activists at the workshop, Ramos is clear about why she is working at what she calls “the frontline” of addressing climate change: “We have to do it ourselves. We can’t wait for the government for incentives.”