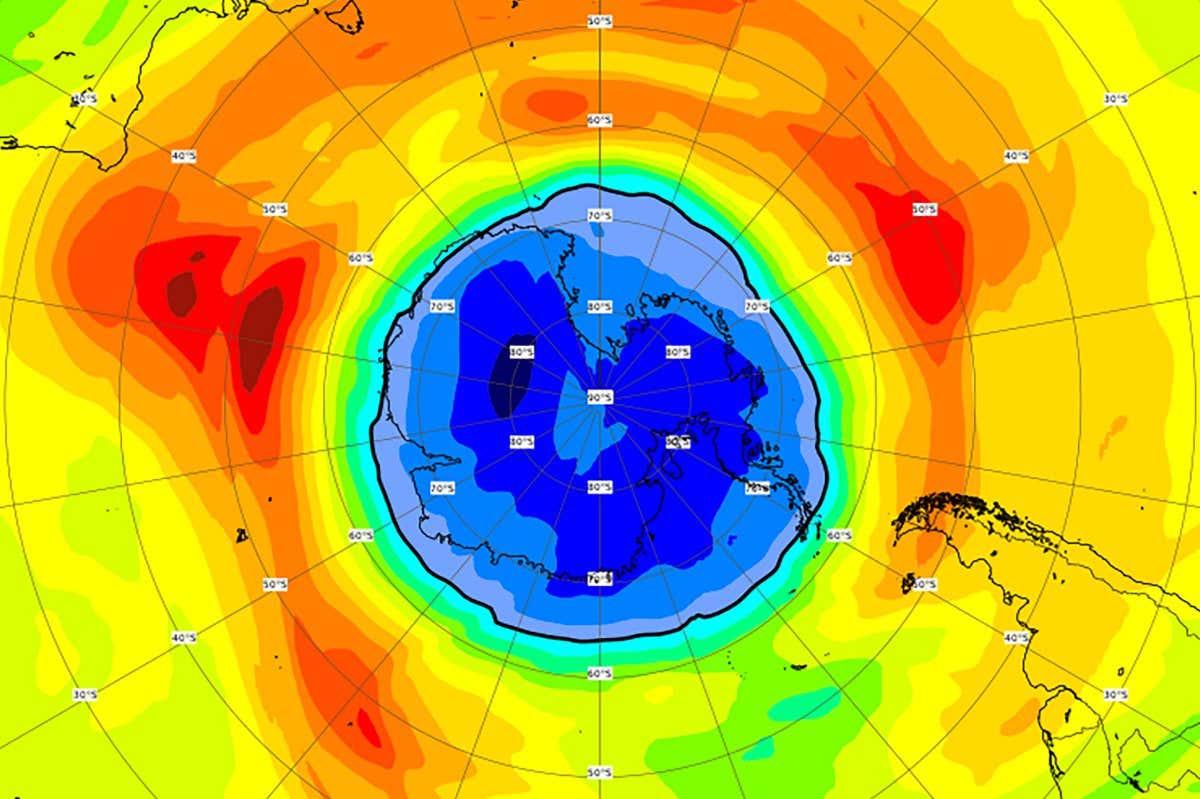 The hole in the ozone layer that forms annually over the South Pole has grown larger than Antarctica in the past week.

Each year between August and October – during the Southern Hemisphere’s spring season – the ozone depletes over the Antarctic region, with the hole reaching a maximum size between mid-September and mid-October.

This year’s hole is now larger than 75 per cent of previous ozone holes at this point in the season since 1979, though it is unclear why it has grown more than usual.

In 2020, the ozone hole reached a peak of about 24 million square kilometres at the start of October, which was relatively larger than the preceding years. At the beginning of this year’s season, the ozone hole started out developing in a way that suggested it would be about the same size, but it has grown considerably bigger over the past week.

This change is being closely monitored by the Copernicus Atmosphere Monitoring Service (CAMS) through computer modelling and satellite observations.

“As far as we can see it’s no longer growing very fast, but we could still see some increases in the beginning of October,” says Vincent-Henri Peuch at CAMS.

The ozone layer provides us with protection from the sun’s harmful UV rays. The use of synthetic compounds, such as chlorofluorocarbons, over the past century has contributed to these holes, as they can reach the stratosphere where they break down and release chlorine atoms that destroy ozone molecules.

Signs of recovery have been observed since these synthetic compounds have been banned, but recovery of the ozone layer is still slow.