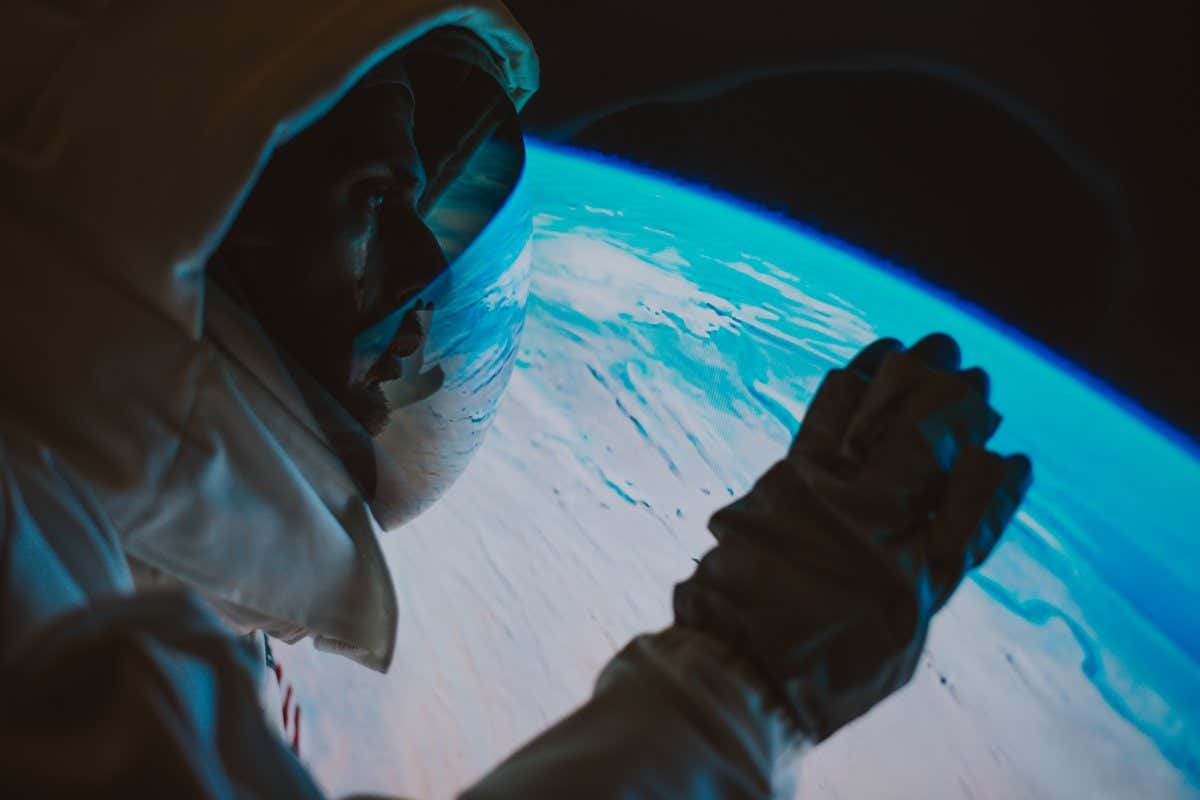 I FOLLOW space flight pretty closely, and yet I couldn’t tell you the names of the people currently aboard the International Space Station (ISS) without looking it up.

We weren’t always this blasé about human space flight. In the early days of crewed missions, NASA’s Mercury Seven astronauts were magazine cover stars and celebrities. In the 21st century, though, most astronauts are completely anonymous.

Chris Hadfield, the Canadian former commander of the ISS, is a rare exception. He first flew to space in 1995, riding on NASA’s space shuttle to visit the Russian space station Mir. He came to public prominence much later, in 2013, during his third and final mission to orbit, when he used social media including Twitter and YouTube to swap messages with the likes of William Shatner and talk about life onboard the station.

All of this culminated with Hadfield releasing a cover of David Bowie’s Space Oddity, recorded in microgravity. The video has since been viewed more than 50 million times, and is still as awe-inspiring as ever. While on the ISS, Hadfield made space seem exciting and relevant to the average person in a way that it hadn’t been for many years. “Space flight isn’t just about doing experiments, it’s about an extension of human culture,” he told me when we spoke following his return to Earth.

Since retiring from the Canadian Space Agency, Hadfield has written a number of non-fiction books, including his autobiography, An Astronaut’s Guide to Life on Earth. Now, he has turned his hand to thrillers with The Apollo Murders, an alt-history set during the cold war that seemingly draws on his own space flight experiences and takes them to dramatic extremes.

The story unfolds in an alternative version of 1973, when a new kind of space race quickly gets ugly as both the USSR and the US are hoping to exploit an unusual find on the surface of the moon. Hadfield’s version of 1973 has two key differences from our own. First, the Apollo 18 moon mission was redesignated to be a military operation run by the US Air Force, rather than being cancelled along with Apollo 19 and 20 following the failure of Apollo 13, as happened in reality.

Second, the Soviet Union’s first attempt at launching an Almaz military space station was successful. The real version burned up in Earth’s atmosphere after failing to reach a stable orbit, though a second attempt succeeded in 1974.

These two historical tweaks set the stage for the first military encounter in space – an event that thankfully has never happened in the real world. Old rivalries between the nations play out alongside personal grudges and a rising uncertainty about who to trust. The fact that back-up is almost 400,000 kilometres away only adds to the tension. It also allows Hadfield to unleash his inner Tom Clancy to great effect.

As someone who has actually been to space, Hadfield makes his techno-thiller jargon read true, whether it is the details of managing air pressure changes during a rocket launch or the blow-by-blow mechanics of hand-to-hand combat in microgravity.

“The story is improbable but not implausible. Hadfield only includes events that could have actually happened”

Overall, the story comes across as improbable but not implausible. Hadfield is careful to only include events that could have actually happened. In this respect, there are echoes of the excellent Apple TV+ series For All Mankind, which also deals with an alt-history space conflict. While reading, I did wonder if Hadfield had been watching the series and taking notes – the book was written during lockdown in the covid-19 pandemic, so perhaps he had time on his hands.

Either way, I wouldn’t be surprised to see The Apollo Murders get its own turn on the screen, because it seems ripe for adaptation as a film or TV series.

If I have one quibble, it is with the way that Hadfield has written some of the dialogue between Soviet characters. Scenes with Russian speakers that take place in the USSR are written in plain English, but when they encounter people from the US, the writing switches to transliterated Cyrillic, which is then repeated in English, to grating effect.

Still, it is a minor point for what is otherwise an accomplished story from a first-time novelist. Hadfield leaves the door open for potential sequels in this universe, and I am keen to see what he does next.