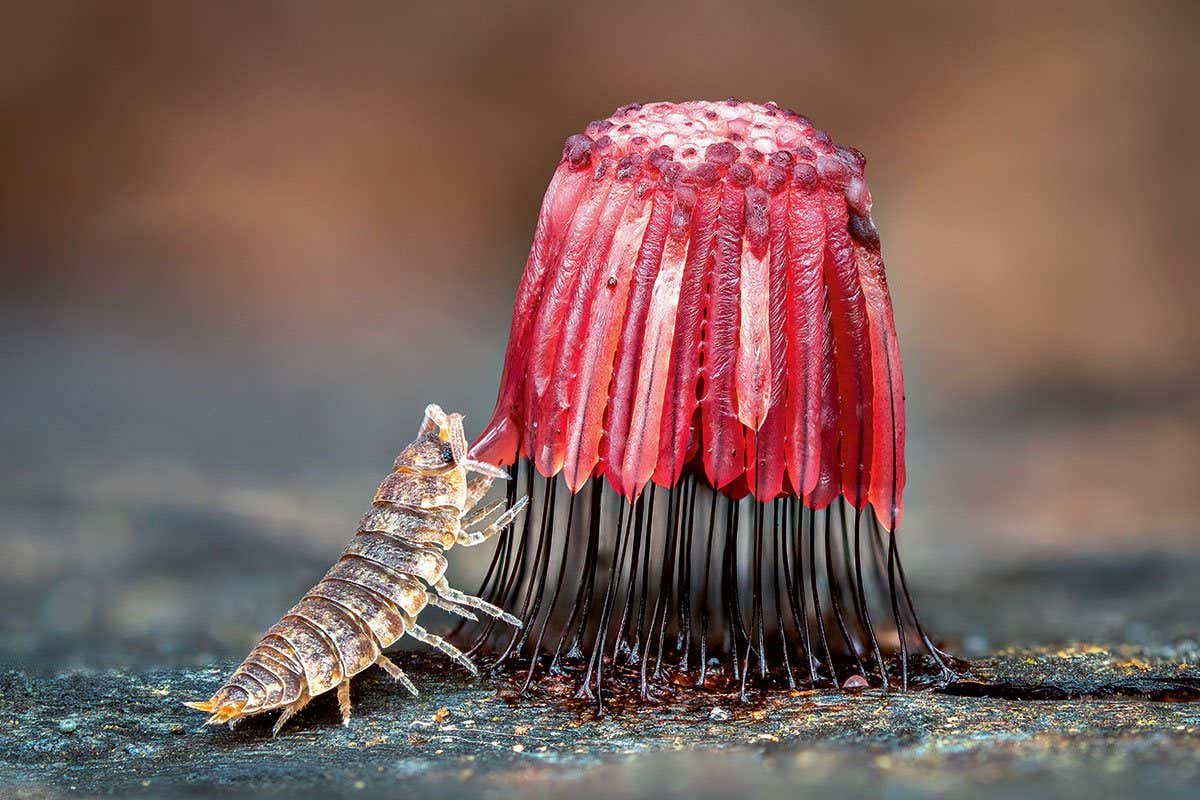 A WOODLOUSE feasts on a gelatinous slime mould in this mystifying shot by photographer Barry Webb. The image, taken in Buckinghamshire, UK, was the overall winner in this year’s New Scientist Photography Awards, as decided by public vote.

Slime moulds are organisms that can exist as single cells, but clump together to form larger, moving bodies, either to reproduce or hunt for food. Once considered a type of fungi, members of this diverse group of organisms are now classed as protists, an enigmatic and diverse kingdom that includes amoebas.

This particular slime mould, of the genus Stemonitis, isn’t yet fully developed and stands only 15 millimetres tall. Webb took 19 shots, each focused on a slightly different part of the scene, before stacking the images to get the final photo. This is necessary because slime moulds are usually so small, he says – although some types can grow to several metres.

“I had never seen a woodlouse feeding on a Stemonitis slime mould before and thought that it would make an unusual and captivating image,” says Webb, who also won the award’s The Natural World category.

He says he is pleased that “the ethereal beauty of slime moulds” is being shown to a wider audience.

You can find more of Barry Webb’s photography at barrywebbimages.co.uk