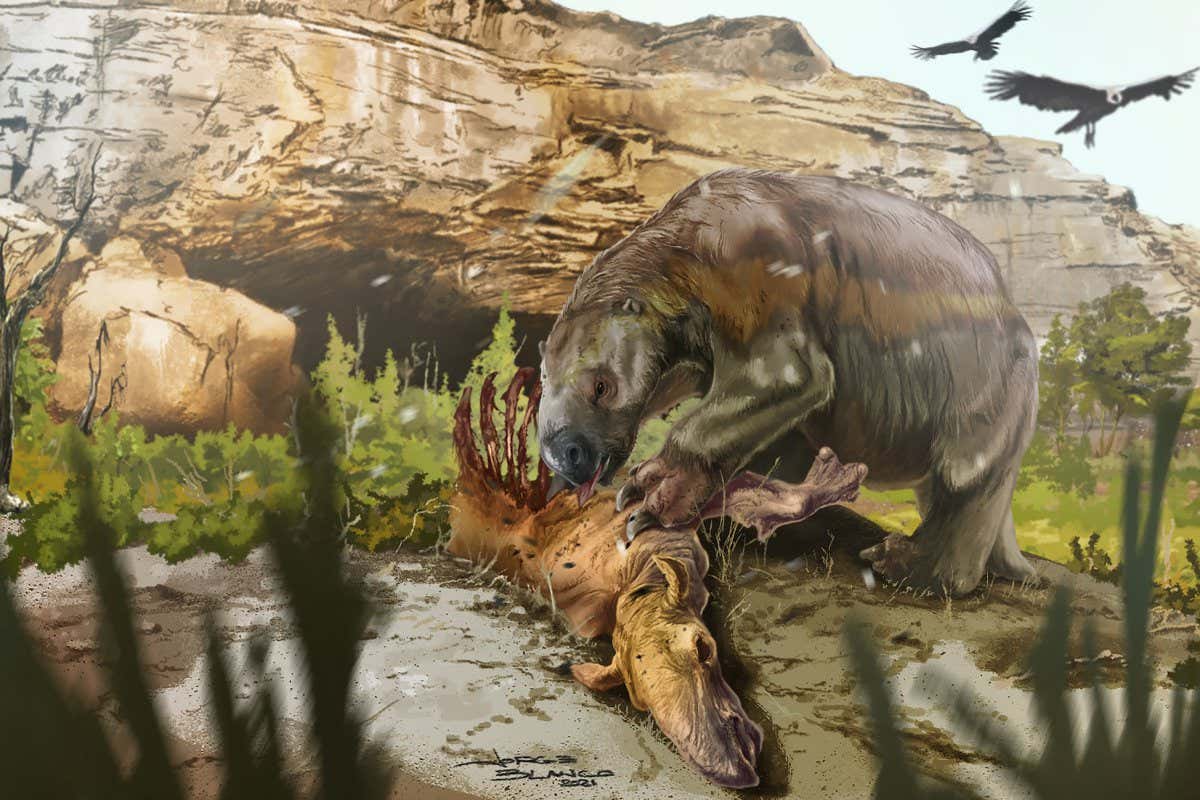 Giant ground sloths have often been portrayed as gentle giants of the ice age. Much of their anatomy, from their flat molars to their vat-like guts, seems consistent with a diet centered around the Pleistocene salad bar. But now there is evidence that some giant ground sloths had more cosmopolitan tastes that incorporated flesh.