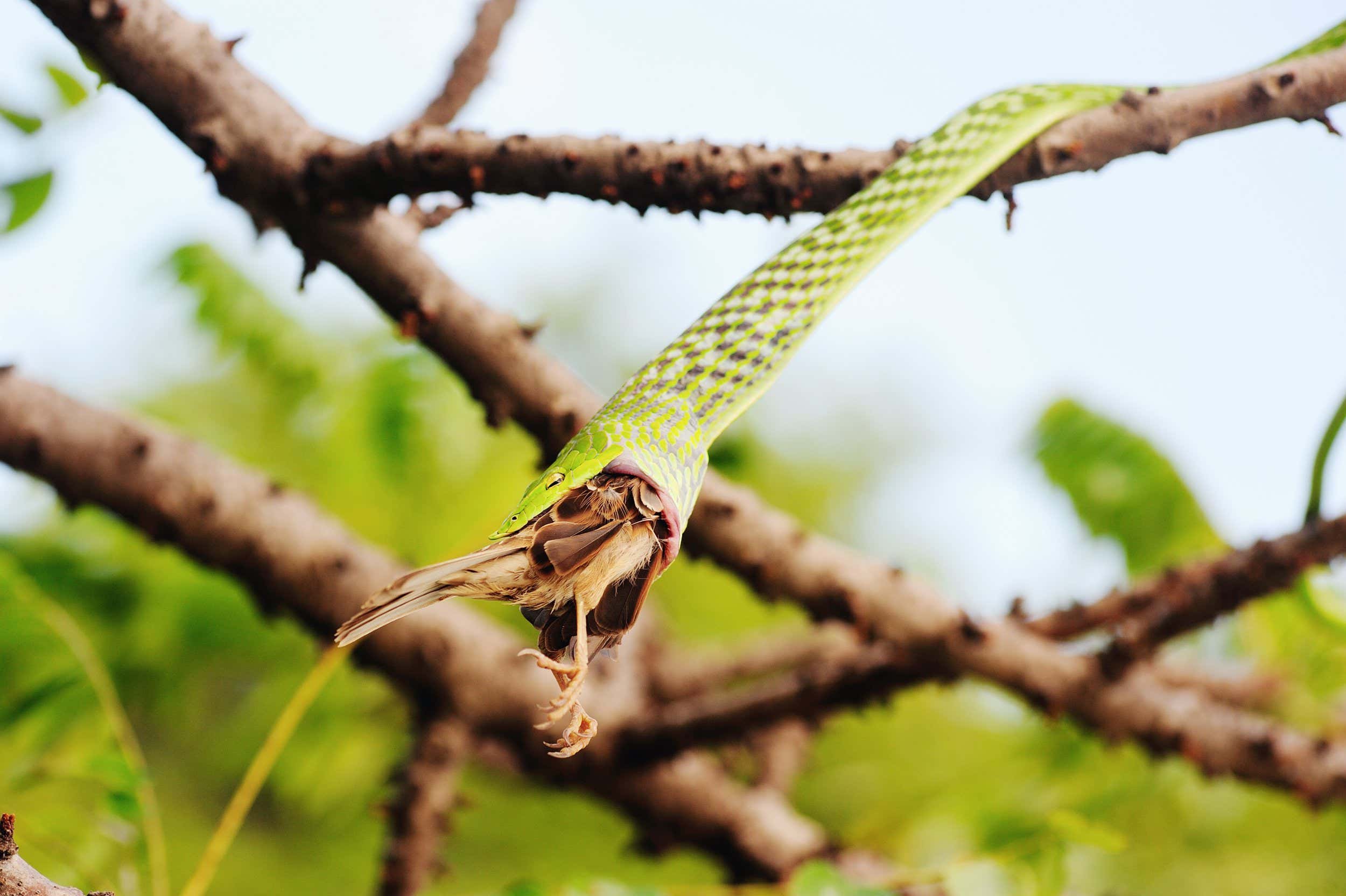 The diets of snakes diversified massively in the aftermath of the mass extinction event that wiped out the non-bird dinosaurs, contributing to the existence of the 4000 snake species we know today.

Three-quarters of all species on the planet, famously including all the dinosaurs except birds, were killed off in what is known as the K-T extinction event 66 million years ago. For the surviving species, the event gave rise to extreme changes to their surroundings, as well as less competition for food and living space. …