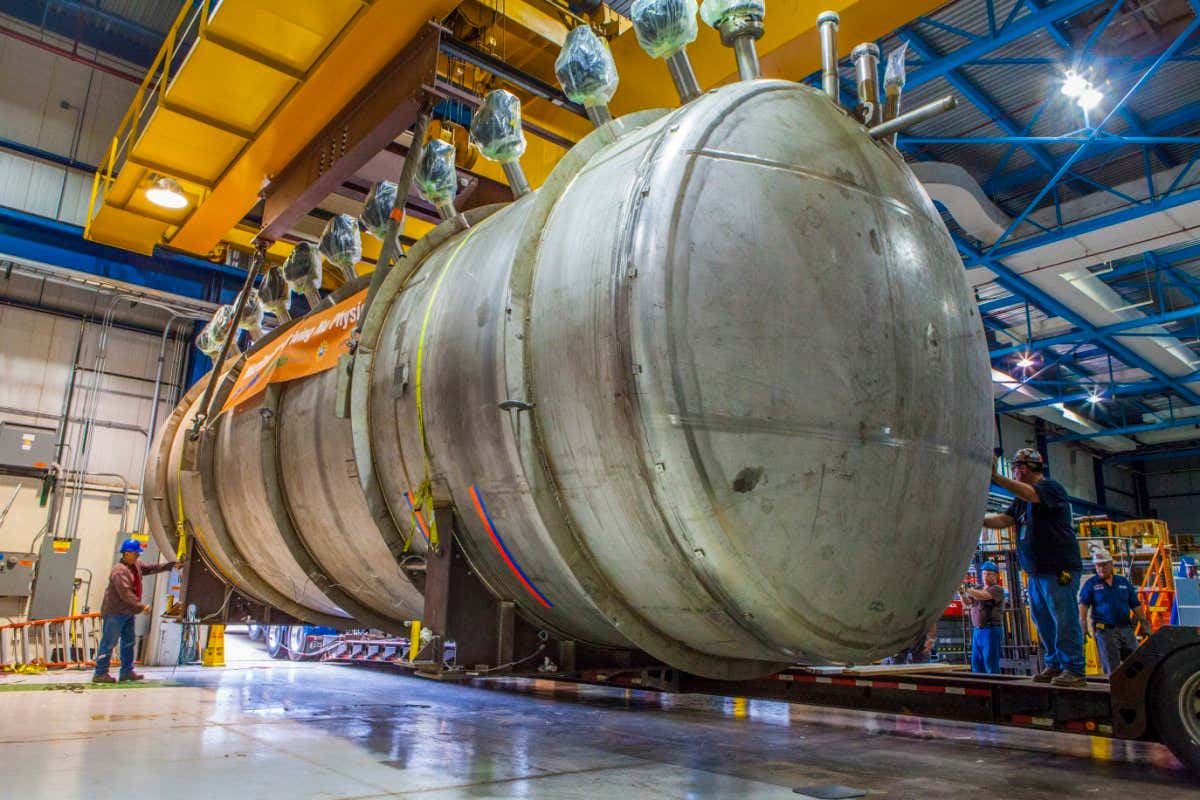 After decades of looking, physicists are no closer to discovering theorised particles that could help solve ongoing problems in physics

The hunt for mysterious theoretical particles known as sterile neutrinos has turned up empty again. Neutrinos are extremely light subatomic particles that barely interact with regular matter. There are three known types and the search for a fourth has been going on for decades. Now, a new set of analyses has failed to find any sign that it exists.

Sterile neutrinos get their name because, unlike the other three types, they would only interact via gravity and not the other fundamental forces. Many theoretical physicists found the idea of a sterile neutrino promising because it had the potential to explain several anomalies found in particle physics experiments, as well as being relevant to the mystery of dark matter. But because neutrinos are so small and interact so weakly with other matter, we can only observe them indirectly, via the products of collisions with other particles.

In the 1990s and early 2000s, two neutrino experiments found more of these products than expected. However, neither of them was able to tell the difference between electrons and photons in its results – and sterile neutrinos would only produce extra electrons, not photons. A newer experiment called MicroBooNE at the Fermi National Accelerator Laboratory in Illinois can tell the difference, but its first three years of data show no extra neutrino products at all.

“I would have really expected to see an excess in either the photons or the electrons and we haven’t seen one in either, which opens up more questions,” says MicroBooNE spokesperson Justin Evans at the University of Manchester in the UK. We still have no way to explain the earlier results, so they might point to more exotic physical processes that haven’t yet been considered, he says.

Sign up to Lost in Space-Time, a free monthly newsletter on the weirdness of reality