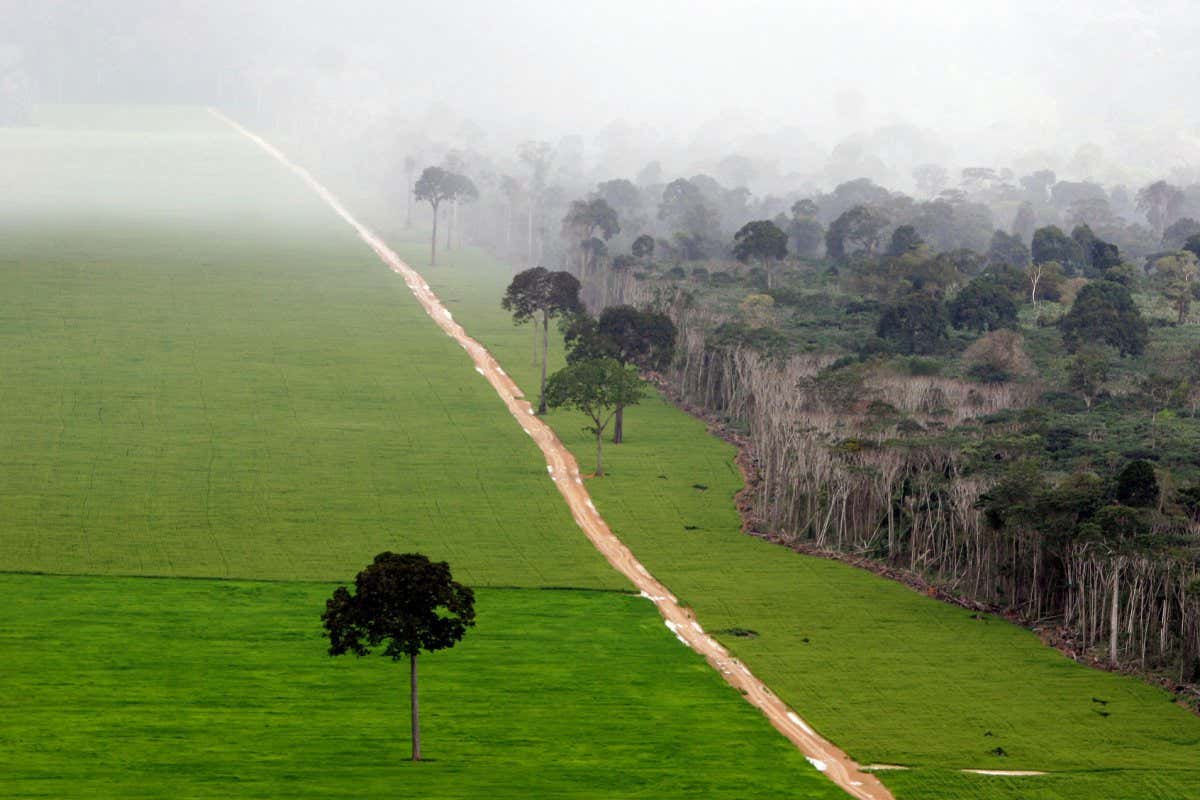 Countries representing 85 per cent of the world’s forests have committed to ending deforestation within nine years, in a renewed effort to stem the carbon dioxide emissions released by trees being cleared, overwhelmingly for agriculture.

The Glasgow Leaders’ Declaration on Forests and Land Use, to be issued on 2 November by over 100 countries plus the European Union at the COP26 climate summit, comes alongside £14 billion of new funding to combat forest loss over five years. The money is being supplied by 12 countries including the UK, plus private organisations including the Bezos Earth Fund.

In a further initiative, 30 financial institutions managing $8.7 trillion in assets, including the UK-based firms Aviva and Schroders, will announce on 2 November that they will no longer invest in activities linked to deforestation.

Experts welcomed the renewed focus on forests and the new funding, but warned that the way deforestation is tackled will be key to whether the 2030 goal is met.

“We cannot reach climate goals if we don’t keep trees standing,” says Frances Seymour at the World Resources Institute, a think tank in Washington DC. She says it is good that trees are one of the UK government’s four priorities at COP26, along with climate finance, ending coal use and phasing out cars that use fossil fuels.

The 2030 goal is identical to one made seven years ago by a smaller group of countries, known as the New York Declaration on Forests. They also set an interim goal of halving deforestation by 2020, a target that was missed by a wide margin.

However, a key difference is the new plan is signed by several countries that were missing last time, including those with the worst levels of deforestation. Brazil, where deforestation rates have rocketed under President Jair Bolsonaro, is chief among those. “Having all the main players on it is significant, that is a big step,” says Stephanie Roe at the University of Virginia.

While £14 billion looks big, it still isn’t on a par with what will be needed to meet the deforestation targets of the 2015 Paris Agreement to tackle climate change. Meeting those goals would mean spending an estimated $45 billion to $460 billion a year to protect, restore and enhance forests. Nonetheless, Roe says the funding is a “very welcome and critically needed addition”.

So, is it realistic that deforestation could be halted by 2030? “Yes, I think it is feasible. It is difficult, but it is feasible,” says Seymour. “The main constraint in most places is political will.”

She says there is precedent for action, citing the example of Brazil in the early 2000s, which successfully used policies to slow deforestation rates at the time. Other reasons for hope include a growing awareness among governments that trees aren’t just important for locking away carbon, but also for protecting against the impacts of extreme weather, such as preventing soil erosion. Modern satellite monitoring of forest loss also helps, she adds.

However, there is little detail in the new declaration on how the goal will be met – such as paying countries for preventing projected clearances – or how progress will be monitored. The goal also isn’t binding. Seymour adds that the new funding won’t help unless simultaneous efforts are made to cut off the agricultural subsidies that drive much logging.

We need to know that measures will be used to stop forest loss, says Constance McDermott at the University of Oxford. “It is not possible to comment on these very bold and flashy promises without seeing, in full view and detail, how they will be operationalised,” she says. It is key that efforts benefit local and Indigenous communities as well as biodiversity, rather than consolidating money and power in the hands of a few states and corporations, she says.

On average, 10 million hectares of forest were cleared globally each year between 2015 and 2010, with an analysis saying last year that deforestation rates must fall by a million hectares every year to end deforestation by 2030. Despite the huge challenge that presents, Roe says we shouldn’t be too cynical of the new initiative, because there would be rapid climate benefits if the world curbs deforestation: “If we change it around, then it’s immediate emissions savings.”