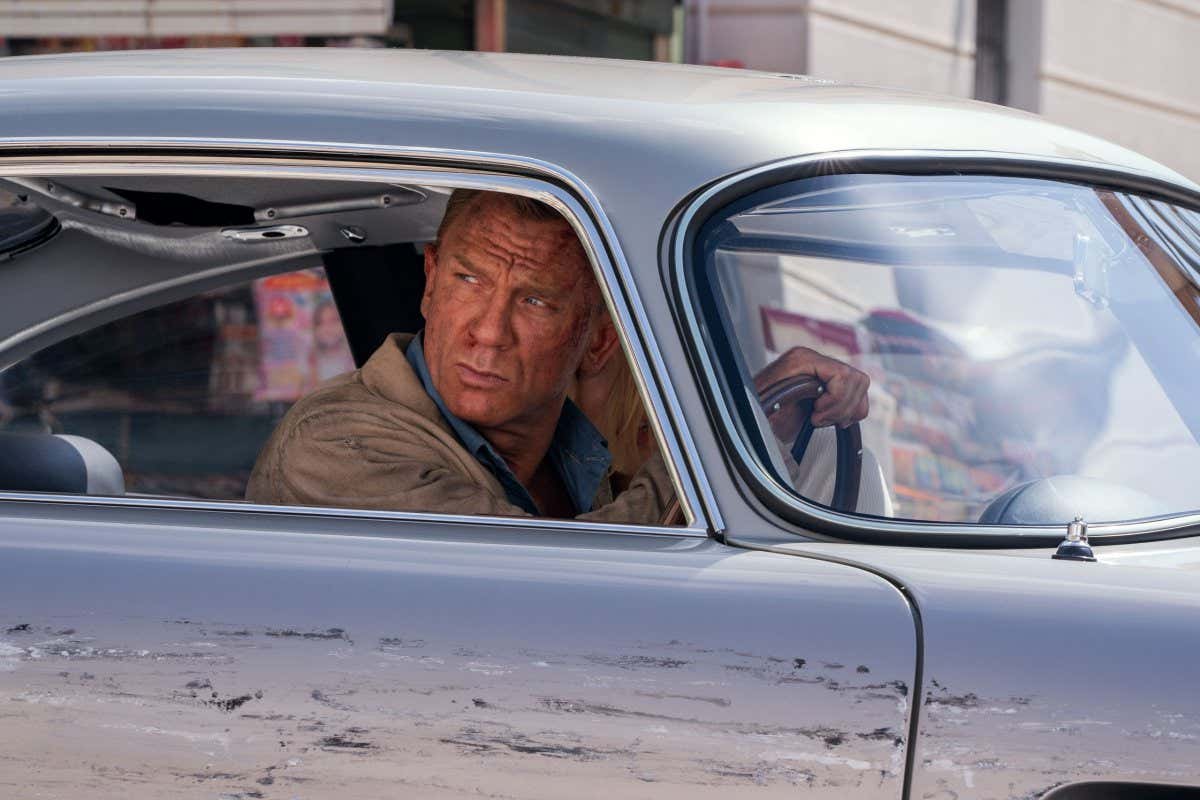 The first words James Bond speaks in No Time To Die are: “You OK?” He says them to his girlfriend Dr Madeleine Swann (Léa Seydoux), who we met in the last Bond film Spectre and with whom he is now enjoying an off-the-grid retirement in the stunning coastal hills of Matera, Italy, awash with swimming, candle-lit soirées and, of course, secrets.

It is an appropriate introduction to a film – Daniel Craig’s last outing as the man with a licence to kill – that feels both like the cinema-saving blockbuster we have been awaiting impatiently for the past 18 months (the film’s release was delayed three times due to the pandemic) and yet, at the same time, daringly tender-hearted. This is Bond 2.0, a martini-swilling, trigger-happy bruiser of a man who has finally learned to care about others.

It isn’t all sentiment, of course. A crispy prelude treats us to a snow-capped opening scene in which a younger Madeleine watches her mother die at the hands of a creepy man in a white mask. Before the opening credits even roll 23 minutes in, Bond survives multiple explosions, bungee jumps off a bridge and takes perilous motorbike jumps across ancient stone steps as herds of cattle look on. He might be in touch with his feelings, but it is still Bond.

Five years later, and 007 has gone truly off-grid in Jamaica after the incident in Matera caused a rift between him and his beloved. Living the good life in an island cabin with fishing rods, tiny shorts and a drawer full of passports and guns à la Jason Bourne, he is tracked down by his old CIA friend Felix Leiter (Jeffrey Wright), who wants his help finding a missing scientist. The new 007, Nomi (Lashana Lynch) arrives too, warning him off.

In some ways, it is a reassuringly classic Bond premise that moves away from the distractingly ambitious crime syndicate stuff of the last two films, to a villainous lone operator (Rami Malek) with an apocalyptic vision that involves a type of biochemical warfare and obsession with contagion that feels bizarrely prescient. But it is also a step forward. “The world’s moved on, Commander Bond,” says Nomi, a 00 who doesn’t get hammered before missions.

It is a constant, clever interplay of old and new, swinging from the kind of gruff violence that Craig has made all his own (he crushes someone to death with a falling Land Rover as if he is swatting a fly) to jokes right out of the Roger Moore playbook. “A nanobot’s not just for Christmas,” quips Q (Ben Whishaw), who arrives with his usual charming cardigans and gadgets. A nifty glider that transforms into a submarine; an explosive watch that recalls exactly the kind of thing he derided as archaic in Casino Royale (2006). A quick nod too to Ana de Armas, for her very funny standout turn as the novice operative Bond meets in Cuba.

Under the expert eye of director Cary Joji Fukunaga (best known for the first season of True Detective) the pacing is near perfect and the film doesn’t feel its 163 minutes, except for a few overly long fight scenes that recall video game shoot-outs. It is also one of the most gorgeous-looking Bonds ever, filmed by Swedish cinematographer Linus Sandgren (La La Land) with an intermittently Japanese aesthetic: clean lines, Noh masks and bonsai trees, saturated with bright colours and sun-drenched horizons.

No Time To Die treads a very careful line between action and emotion that might easily have tipped over into mawkishness, but doesn’t. The relationship between Bond and Swann felt a little forced in Spectre, but here sparks fly. Fukunaga knows how to go big and small, allowing his actors to make great use of silence: a wordless nod here, a close-up of Craig’s sad, searching blue eyes there. Perhaps here too is the influence of Phoebe Waller-Bridge, a writer who understands that sometimes less is more. If Casino Royale showed us where Bond lost his heart, No Time To Die gives it right back to him – and to the franchise. It is a fitting end for Craig, and perhaps a new beginning for whoever takes his place.

No Time To Die is in UK and international cinemas from 30 September and in the US from 8 October.