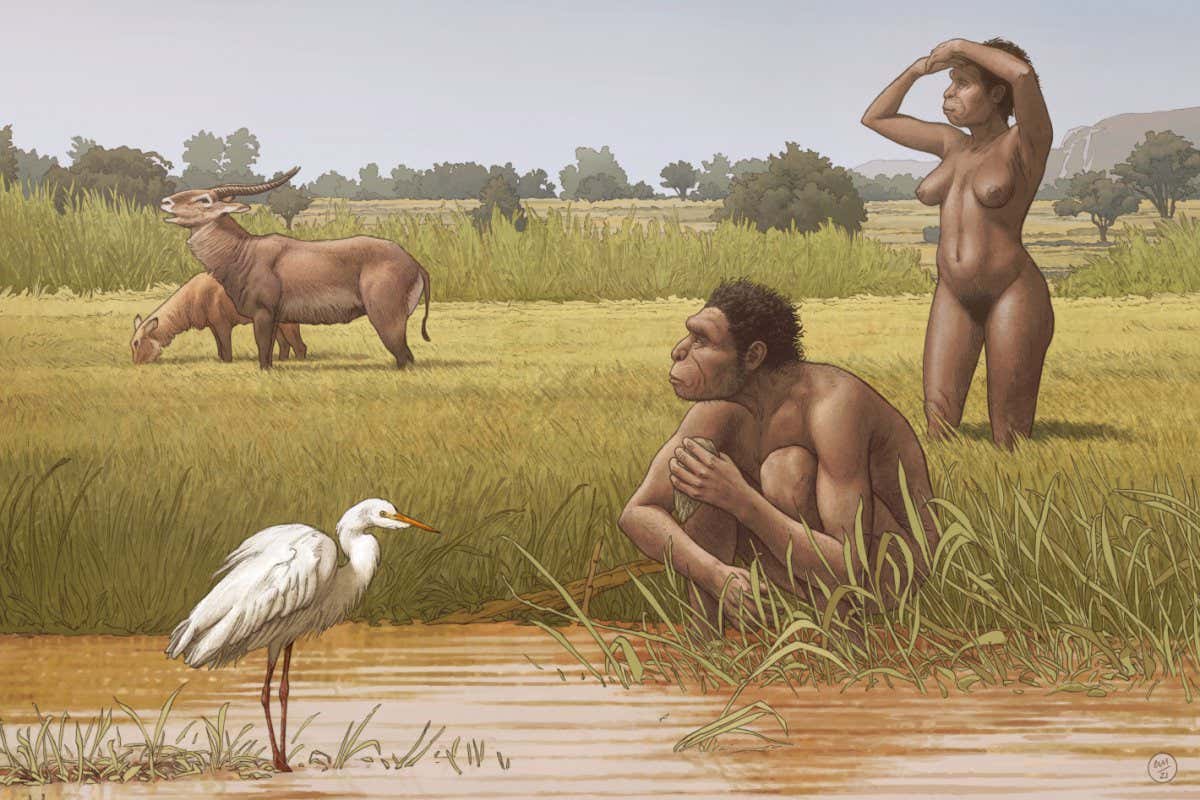 A new species of extinct human has been named: Homo bodoensis. The species hasn’t been identified based on new fossils, but on re-examination of old ones. Why do researchers think there is another species of human? Here’s what you need to know.

Homo bodoensis is the proposed name for fossils of a group of hominins that lived in Africa during a period commonly known as the Middle Pleistocene, but now technically called the Chibanian, between 770,000 and 126,000 years ago. The species has been described by Mirjana Roksandic at the University of Winnipeg in Canada and her colleagues. It is named for the Bodo cranium, which was found in 1976 at Bodo D’ar in the Awash river valley of Ethiopia. The cranium is about 600,000 years old.

The researchers argue that H. bodoensis lived widely throughout Africa for hundreds of thousands of years. They suggest that other specimens of this species include Kabwe 1 from Zambia, the Ndutu and Ngaloba skulls from Tanzania and the Saldanha cranium from Elandsfontein in South Africa. H. bodoensis may also have wandered into the eastern Mediterranean, they say.

What were all these fossils classified as before?

They were given various species designations, which were often used in contradictory ways. For example, depending on which studies you read, the Bodo cranium is variously called Homo heidelbergensis or Homo rhodesiensis. Both species are hard to pin down.

H. heidelbergensis is named for a 609,000-year-old jawbone found in Mauer, Germany. A number of similar bones are known from Europe and Africa during the Middle Pleistocene. But researchers differ on whether they are all H. heidelbergensis.

Meanwhile, H. rhodesiensis was first named to describe the Kabwe 1 skull. This bone was found in 1921 in what is now Zambia, but was then called Northern Rhodesia. At the time the area was controlled by the British Empire. The name Rhodesia originates with Cecil Rhodes, a British mining magnate and politician. Partly because of this association, Roksandic says, the name is rarely used.

What other hominins lived during the Middle Pleistocene?

In a word, lots. In Europe, the Neanderthals emerged during this period, while further east in Asia their sister group the Denisovans also evolved. In southern Africa there was Homo naledi. Finally, modern humans (Homo sapiens) emerged in Africa around 300,000 years ago – about halfway through the Middle Pleistocene.

This tangle of species has been dubbed “the muddle in the Middle Pleistocene”. The problem is sorting out which fossils belong to which species and thus how widespread and long-lived each species was. There is also the issue of figuring out which species gave rise to which.

Where does H. bodoensis fit into all of this?

Roksandic and her colleagues want to make sense of the muddle. They argue that all the African fossils previously called H. heidelbergensis or H. rhodesiensis should be thought of as one species, H. bodoensis. This species, they argue, eventually gave rise to ours.

Meanwhile, they say H. heidelbergensis fossils found in Europe can all be reclassified as early Neanderthals, and that fossils from the eastern Mediterranean that don’t quite fit any of the species could represent interbreeding.

The team chose H. bodoensis so that these African hominins would “finally” have an African name, says Roksandic.

Does everyone agree we need a new species name?

It’s not necessary, says Chris Stringer at the Natural History Museum in London.

Stringer does agree that H. heidelbergensis has been used too loosely. “I’m partly to blame for this wide usage of heidelbergensis,” he says apologetically. He thinks it should now be confined to the original Mauer jawbone and some other European fossils, such as the BH-1 jawbone from Mala Balanica cave in Serbia.

As for the African remains, Stringer is happy to use H. rhodesiensis. He argues it was named for the country in which it was found, not for Cecil Rhodes himself, and therefore doesn’t honour him. Furthermore, the rules set out by the International Commission on Zoological Nomenclature state that established names have priority – so because H. rhodesiensis has already been formally named, it should be used unless the original description was wrong.

Alternatively, if H. rhodesiensis is deemed unsuitable because of its imperial connotations, Stringer says there are pre-existing alternatives. For example, the Saldanha cranium – one of the specimens Roksandic’s team placed in H. bodoensis – was dubbed Homo saldanensis by Matthew Drennan in the 1950s. “Even if you got rid of rhodesiensis, there are other names that would apply rather than creating a new one,” says Stringer.

Stringer is also sceptical of the claim that the Bodo cranium is our direct ancestor. In 2019, his team published a study of the evolution of the human face, which found that the species the Bodo cranium belonged to had gone down a different evolutionary path to our species.

Sign up to Our Human Story, a free monthly newsletter on the revolution in archaeology and human evolution