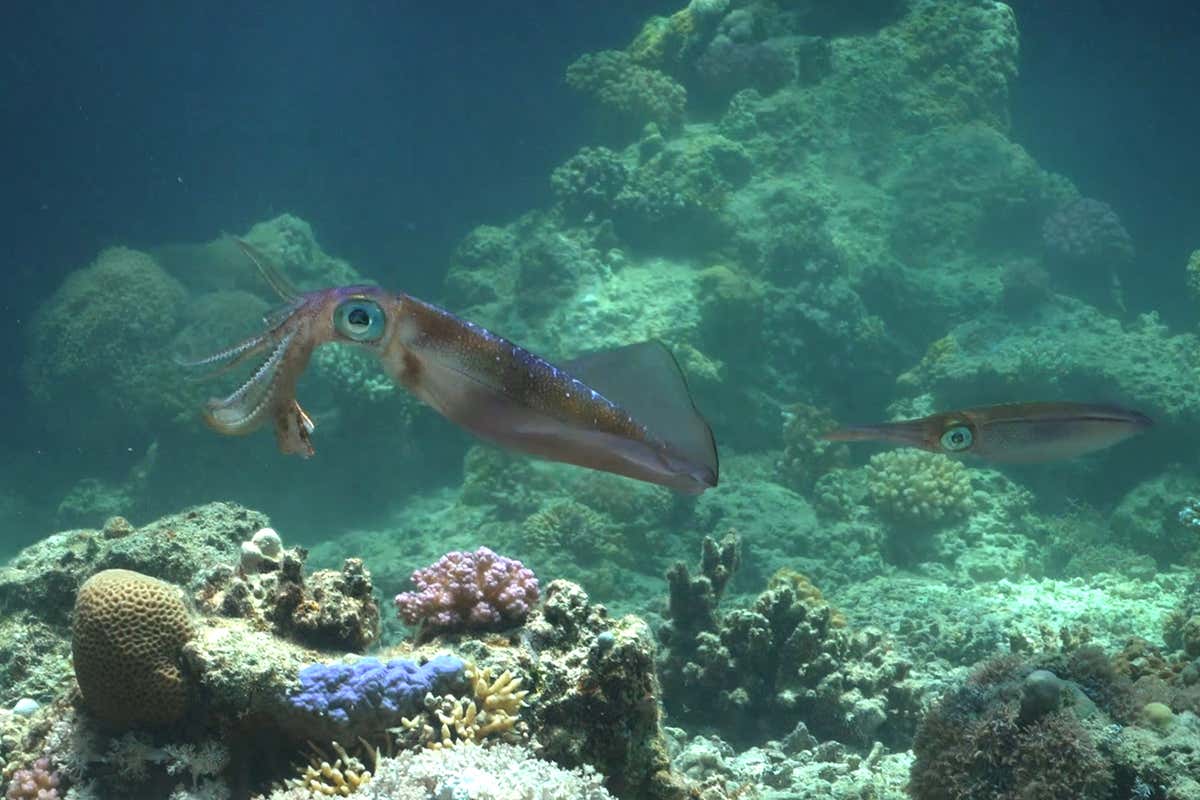 The standard for good cephalopod fathers might be a pretty low bar, but bigfin reef squid swim right over it. Male cephalopods, such as squids and octopuses, are not known for their parenting due to the fact that they often die soon after mating – but some species of squid might be the exception to this rule, as they have now been seen investigating potential nest sites to make sure they are safe before their female counterparts lay eggs.

Typically, female cephalopods are left to care for their eggs alone. “Usually, the only thing the male does before and after mating is mate guarding,” says Eduardo Sampaio at the University of Lisbon in Portugal. After a male courts a female and mates with her, his only other job is to guard her against the sperm of rival males.

But this might not be the case for some squid species. Sampaio and his collaborator, Samantha Cheng at the American Museum of Natural History, filmed squid mating rituals at two sites, one in the Red Sea and the other off the coast of Indonesia.

In their recordings, a male squid (Sepioteuthis lessoniana) that has just mated raises his arms up while pushing his tentacles downward. At the same time, he dons a color pattern similar to animated zebra stripes.

“This is really awkward for the squid, because the tentacles are usually held with the arms to protect them,” said Sampaio, “But the whole display is really obvious for other males to see.”

After the zebra display but before his mate lays her eggs, he dives into a crevice in a reef or rocks on the seafloor, possibly checking for signs of predators. “Typically, the male just copulates and goes, but here we saw that he actually checks out the nest site first,” said Sampaio. “Only then does the female enter the location.”

He does this at the risk of predators lying in wait and of rival males sweeping in on his unguarded mate. “One cool thing to consider is that we were able to document this behaviour in populations 10,000 kilometers apart from each other,” said Sampaio. This suggests the behavior is rather widespread among bigfin reef squids.