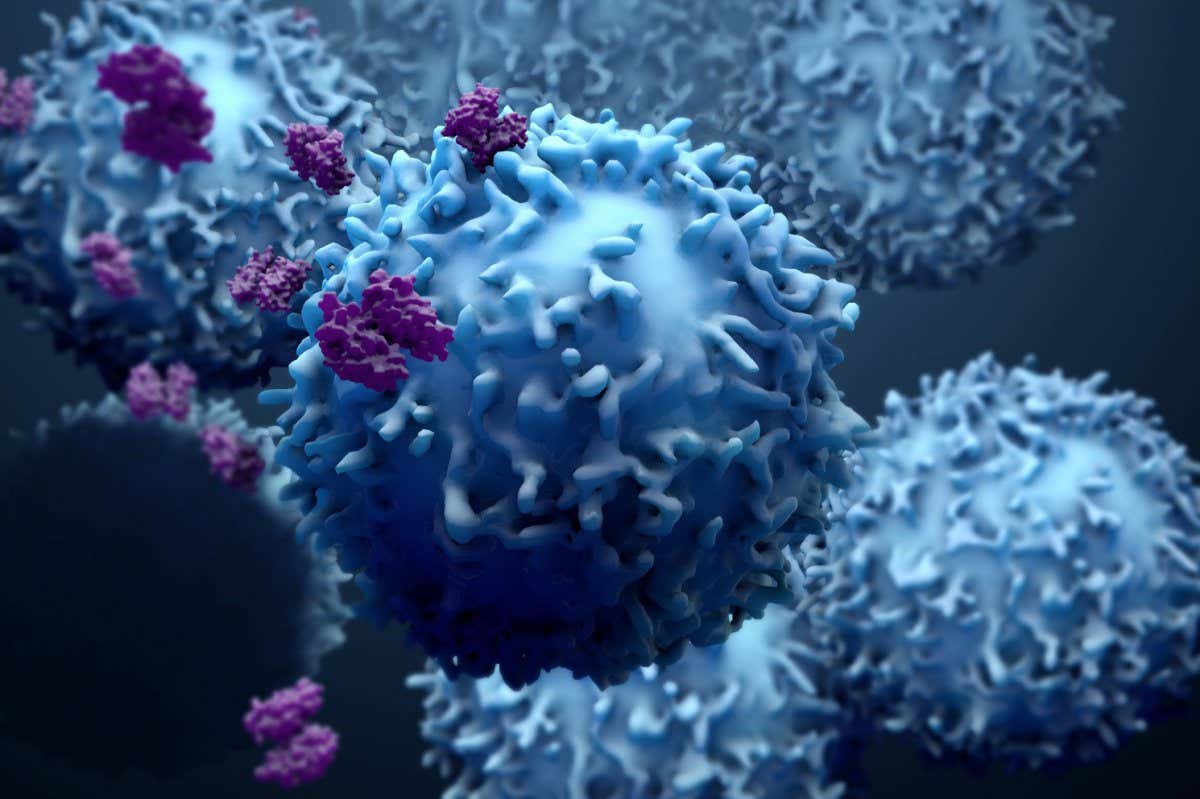 The first ever map of how proteins interact in cancer highlights previously overlooked mutations that could be targeted for therapy.

Trey Ideker at University of California, San Diego, and his colleagues devised a map which looked at how several dozen common cancer proteins interact in breast cancer and in head and neck cancer.

“Cancer genes do not act alone,” says Ideker. “It’s just like the parts of any machine – they each affect each other.”

Protein interaction maps involve cataloguing all the various ways proteins interact with each other in a biological system. In this case, the team picked 61 commonly mutated proteins in the two cancers and determined how they each interacted with each other and with the hundreds of other proteins in cancer tumours.

“We are looking for communities of proteins that are under pressure to mutate during cancer,” says Ideker.

For head and neck cancer, the team found 771 protein interactions involving around 650 proteins – and 84 per cent of the interactions had never been reported before. If these interactions are critical for tumour growth, future oncology drugs that target and disrupt them could slow the growth of cancers.

Meanwhile, looking at the data overall, the team discovered a mutation to the protein collagen that had been overlooked by previous research.

“This is the big advance of the study,” says Ideker. “There’s been anecdotes of finding cancer mutations this way before, but no one has systematically shown this.”

Ideker hopes the method will be used in other cancers and that others will join in the quest to map even more protein interactions in cancer. Not only will this help find new drugs, he says, but it will also help scientists find new cancer biomarkers – which will help doctors devise more personalised treatments.

“By identifying which proteins often work together in specific cancers and helping us understand how mutations affect such protein interactions, this research helps us achieve a better understanding of cancer development and progression,” says Chris Bakal at the Institute of Cancer Research in the UK.

But he notes that the researchers only looked at a small number of proteins and therefore the study’s primary value is highlighting how protein interactions can be best mapped in cancer in the first place.

“A lot more work will be needed,” he says.