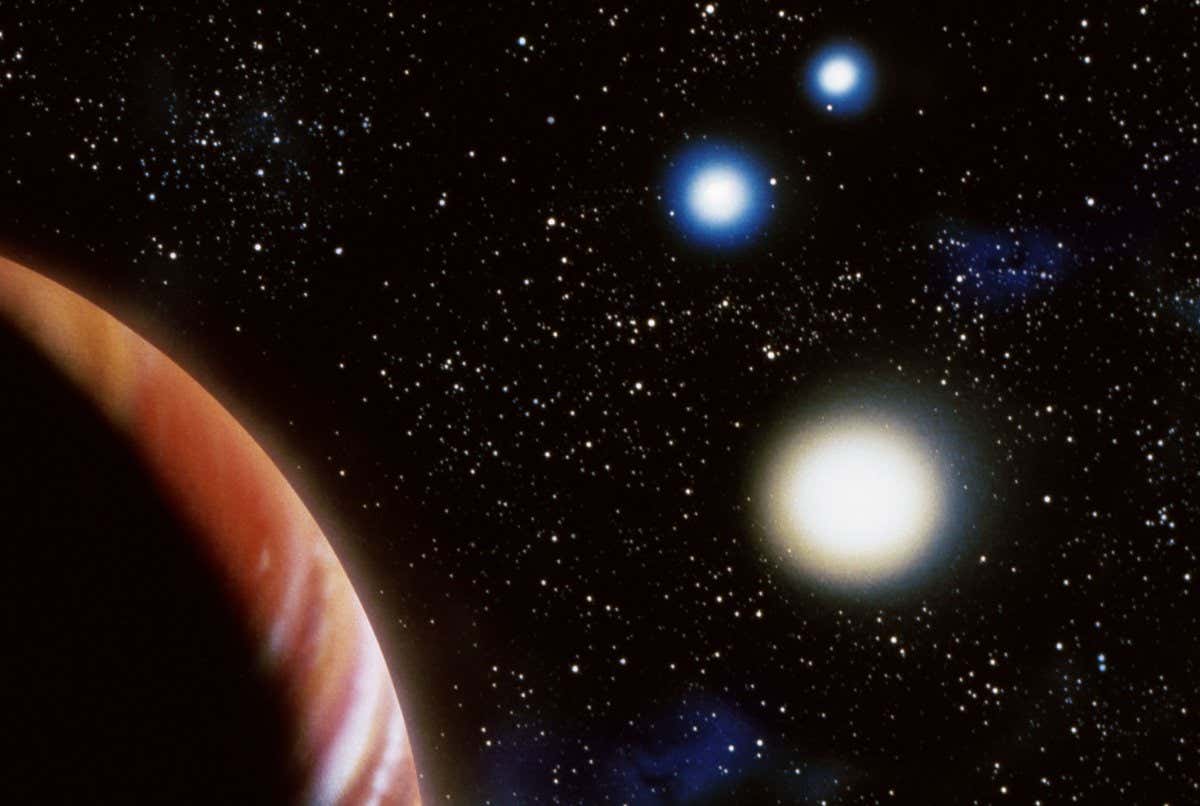 Most of the planets astronomers have found orbit only one star – a few orbit two, but so far we’ve never spotted an exoplanet that orbits three stars simultaneously. Now, researchers have spotted hints of a young world with three host stars.

These hints come from a stellar system called GW Orionis, which consists of two stars orbiting one another at about the same distance that Earth sits from the sun, and a third circling those two about eight times further …