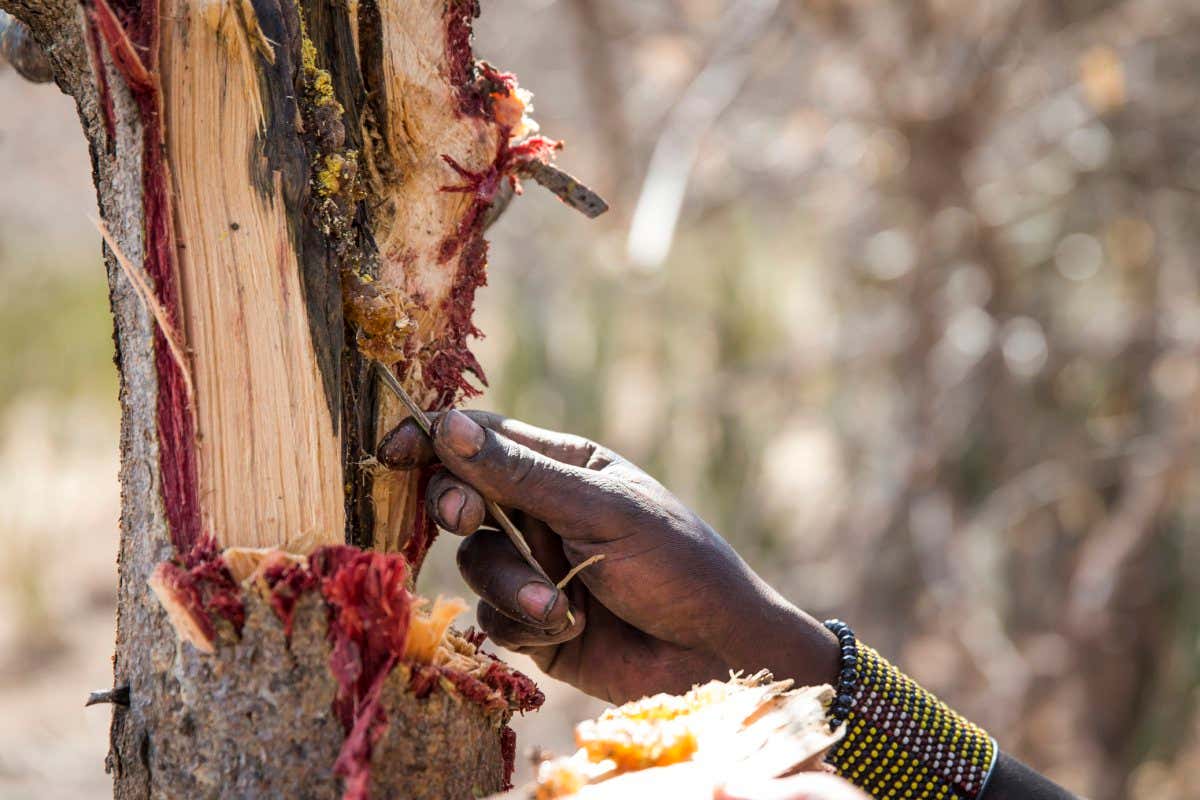 OUR diets are more homogenous than at any other point in human history, says food journalist Dan Saladino. Particularly in the West, a revolution in farming methods since the second world war has led us to a point where much of what we eat comes from just a few established varieties of crops and animals, controlled by a handful of companies.

This has undoubtedly had many benefits for humanity, making food supplies more predictable, cheaper and more accessible, and helping to curb malnutrition. Yet in his new book, Eating to Extinction: The world’s rarest foods and why we need to save them, Saladino argues that it has also pushed thousands of little-known foods, many with beneficial characteristics or rich historical and cultural significance, to the brink of extinction.

“The human diet has undergone more change in the last 150 years (roughly six generations) than in the previous one million years (around 40,000 generations),” he writes. This is worrisome, because restricting ourselves to such a narrow range of varieties diminishes the genetic variation that might protect crops and livestock from disease.

It also narrows the diversity of our gut microbiome, which is vital for our health and well-being, and risks the loss of entire culinary traditions forever. As Saladino puts it, “where nature creates diversity, the food system crushes it”.

Through a narrative that weaves science and history with stories spanning every corner of the globe, Saladino makes an urgent call to protect the world’s rare foods. The alternative, he warns, is a future where we lose our grip on nature and the vital services it provides, perhaps permanently.

The book is split into 10 parts, each focusing on a different category: wild foods (hunted or foraged); cereals; vegetables; meat; fish and seafood; fruit; cheese; alcohol; stimulants (tea and coffee) and sweet foods. In every chapter, Saladino highlights a few ingredients and traces their origins, meeting the people who are championing food biodiversity. Often, these individuals represent the last line of defence between a food and its extinction.

Saladino covers so much ground that it is hard to touch on even a fraction of the foods he explores. Just one example of a rare food with a remarkable story to tell is Hadza honey, foraged by some of the few remaining hunter-gatherer societies – the Hadza people of Tanzania.

Through a relationship forged over millennia, the Hadza have learned to work together with honeyguide birds so both can reap the rewards of the nutritious honey found high in baobab trees.

But this special dynamic is under threat: the rising demand for land for crops and livestock is spilling into Hadza territory, putting their livelihoods at risk and depleting the supply of honey and other wild foods on which they depend. Saladino makes the impact of these potential losses clear, often rounding off a chapter with a moving story that underscores how tragic it would be if these foods ceased to exist.

Packed full of knowledge about a host of ingredients that you probably didn’t even know existed, Eating to Extinction captures the urgency (and cost) of heading towards a future that is less nutritionally diverse.

“We cannot afford to carry on growing crops and producing food in ways that are so violently in conflict with nature; we can’t continue to beat the planet into submission, to control, dominate and all too often destroy ecosystems,” Saladino concludes. “The endangered foods in this book helped make us who we are; they could be foods that show us who we become.”