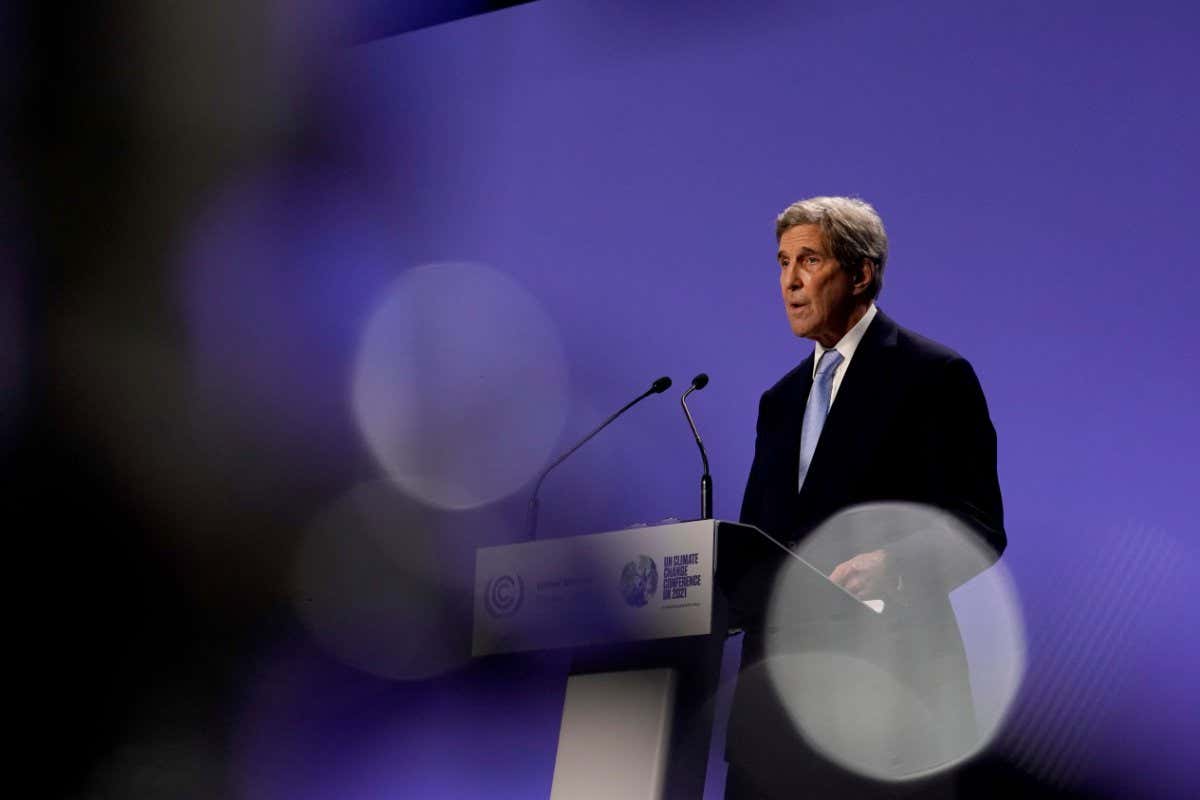 There is only one day to go at the COP26 international climate summit – unless the talks go into extra time, as many previous COPs have. Because today is the penultimate day, the situation is highly uncertain. We don’t yet know what the final text will look like, because the negotiators are still scribbling away with pencils and erasers. A new draft was expected overnight but that hasn’t happened for whatever reason, and the redraft is now expected tonight. But in the meantime, there has been plenty of action.

The big news overnight was the announcement of a pact between the US and China, boosting climate cooperation between the two countries. Both have said they will work together to achieve the goal of limiting warming to 1.5°C, as set out in the Paris Agreement. This includes “taking enhanced climate actions that raise ambition in the 2020s”.

What are we to make of this? On the one hand, there is little of real substance in there. The declaration doesn’t include specific new targets or funding. So its value is largely symbolic.

On the other hand, the symbolism is potent. Relations between the US and China are pretty bad at the moment, and yet the two governments have come together. Their doing so underscores the seriousness of the climate crisis, and sends an implicit message to other squabbling governments to resolve their issues: embrace the pain, spank their inner moppet, whatever, but get over it. Whether it will prompt a better outcome of the summit as a whole is anyone’s guess.

In fact, that uncertainty is a common thread in expert discussions of COP26. According to Ed King at the European Climate Foundation in the Netherlands: “This is an incredibly hard summit to call. Perhaps one of the hardest I can recall after a decade covering these meetings… There is draining complexity to this meeting like no other, and with around 48 hours to run, people are getting tired.” Even the experts aren’t sure how successful the summit will be in the end.

One of the difficulties is the sheer number of issues being discussed simultaneously, from emissions cuts to finance for developing nations and much more. At the same time, many of the major countries have domestic problems that mean they are struggling to commit to dramatic action. As Politico put it, “The US is hamstrung by Congress… Germany doesn’t yet have a government; France is facing one of its most uncertain elections; the UK, via its treasury, has just embarked on fiscal austerity; the Japanese government is only two weeks old, and Canada’s is not much older.”

This was encapsulated by Ed Miliband, the UK’s Shadow Secretary of State for Business, Energy and Industrial Strategy, when he spoke to New Scientist’s Jason Arunn Murugesu. “I don’t think – apart from Alok Sharma – anyone in government understood how complicated this thing is,” said Miliband. “They’re used to summits where you turn up, sign a communique – lowest common denominator – and then you go away. This is quite a fragile and incredibly complex negotiation.”

How fragile? At a press conference this afternoon, the UK’s lead negotiator Archie Young said that one unnamed country, speaking for several, had suggested deleting “the whole section” on cutting emissions from the draft text.

Side deals to cut fossil fuels

Several countries have joined an alliance committed to halting future oil and gas production within their borders. Known as the Beyond Oil and Gas Alliance (BOGA), the group now includes France, Sweden and Ireland – joining the initial leaders, Denmark and Costa Rica.

A few other countries sort of signed up but sort of didn’t. Portugal, California and New Zealand committed to “significant concrete steps” to curb oil and gas production. Italy, the European Union’s second biggest oil producer, has become a “friend” of the agreement and says it will align future oil and gas extraction with the 2015 Paris Agreement.

And of course there are some notable absences. The UK hasn’t signed up, even though it is hosting COP26. In fact, so far BOGA doesn’t include any countries that produce significant amounts of oil and gas. Once again, it is all a little symbolic. But such alliances do tend to grow over time, so if campaigners keep up the pressure, it may well be that more countries will join.

BOGA is the latest in a series of schemes to cut fossil fuel production that have been announced during COP26. For example, 23 countries pledged to stop new coal power schemes, and 20 promised to stop funding fossil fuel extraction beyond their own borders. Elsewhere, Canada is planning to cap its oil and gas emissions, and South Africa has drawn up an agreement to phase out its heavy use of coal. And yesterday, a group of governments and industry leaders committed to developing green shipping corridors, with the aim of cutting the enormous greenhouse gas emissions from the shipping industry.

Perhaps crucially, the first draft of the final COP26 text includes a call to phase out coal and fossil fuels. If that makes it into the final version, it will be a significant diplomatic shift.

In the meantime, what do all these side deals add up to? According to a new analysis by Climate Action Tracker, an independent non-profit scientific body based in Germany, it is a meaningful chunk. Researchers looked at all the initiatives that had been signed up to as of yesterday. Then they estimated how much greenhouse gas will be emitted in 2030 if all the initiatives are implemented, and how that compares with the emissions level required to hit 1.5°C.

They concluded that the various deals will shave 2.2 billion tonnes of carbon dioxide off our 2030 emissions. That’s a lot of CO2, but it’s only 9 per cent of the cut that has to happen to put us on course for 1.5°C. As has been a refrain this week, a shift like this will make a real difference to our lives by taking the edge off the worst impacts of the warming climate – but much more needs to be done. It is still nibbling at the edges of the problem.

Let’s end with some perspective. A study published yesterday in Nature tries to set the current human-made climate warming into the context of Earth’s history. Researchers led by Matthew Osman at the University of Arizona have reconstructed changes in the average global temperature over the last 24,000 years. That means the records go back to the Last Glacial Maximum: the most recent episode when ice sheets grew far from the poles. The analysis reaches back to a frigid time before writing, before the advent of farming and before domestic animals (except perhaps dogs).

You have probably guessed by now: both the rate and magnitude of current warming are unparalleled within the entire 24,000-year period. We have known since the 1990s that the current warming spike is exceptional – that was the point of the famous “hockey stick” graph – but the new study illustrates just how exceptional it is.

Revised texts will come out overnight. This will reveal how many of the stronger bits of the first draft have survived, whether any have been strengthened, and what has been lost. These new texts will give us a clearer idea of how much is going to be achieved.

On the plus side, there is “much more urgency in the language, more alarm, more than I have seen in any previous texts, and that is excellent”, according to Christiana Figueres, a former executive secretary of the United Nations Framework Convention on Climate Change. “I’m also thrilled the text recognises this is the critical decade, and that we have to halve emissions by 2030, that is new and very helpful.”

So maybe, just maybe, this will all wrap up tomorrow. But given that the first draft text was delayed, and the revised version has also been delayed, I wouldn’t count on that. COP26 could well run into the weekend. Don’t take my word for it: Figueres thinks the same. “From the maturity of the text I don’t think the COP will end on Friday, I think will go into Saturday because of, frankly, one big, big issue and that is finance.”

Quote of the Day

“We are not there yet on the most critical issues.” COP26 President Alok Sharma, at a press conference this afternoon, letting us know that yet again the negotiations are probably going to go to the wire.