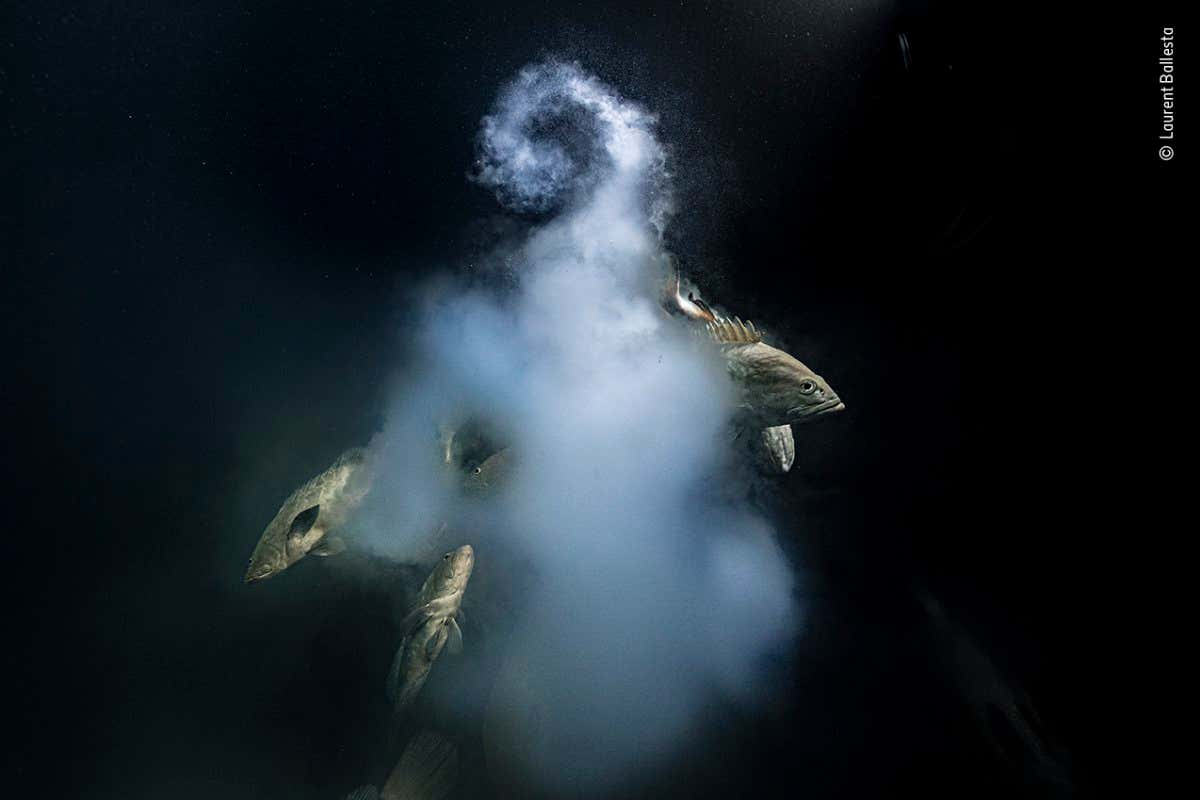 Wildlife Photographer of the Year competition

THIS remarkable underwater shot of a cluster of camouflage groupers (Epinephelus polyphekadion) in Fakarava, French Polynesia, has won photographer and biologist Laurent Ballesta the 2021 Wildlife Photographer of the Year competition, organised by the Natural History Museum in London.

Titled Creation, the image captures a moment in the groupers’ annual reproductive season, which is synchronised with the moon. Clouds of eggs and sperm are released into the water when the fish spawn around the time of a full moon.

Camouflage groupers (also known as blue-tailed cod, among other names) are usually spread out around the shallow coral reefs in which they live, but can assemble in their thousands during spawning. However, overfishing is shrinking the size of these aggregations.

The smaller image below, titled Dome Home, shows a tent spider amid the backdrop of a tuk-tuk, a type of motorised rickshaw. It was taken by Vidyun R. Hebbar, who was awarded Young Wildlife Photographer of the Year for the image.

The competition’s winning and shortlisted entries across the many different categories will be exhibited at the Natural History Museum from 15 October.