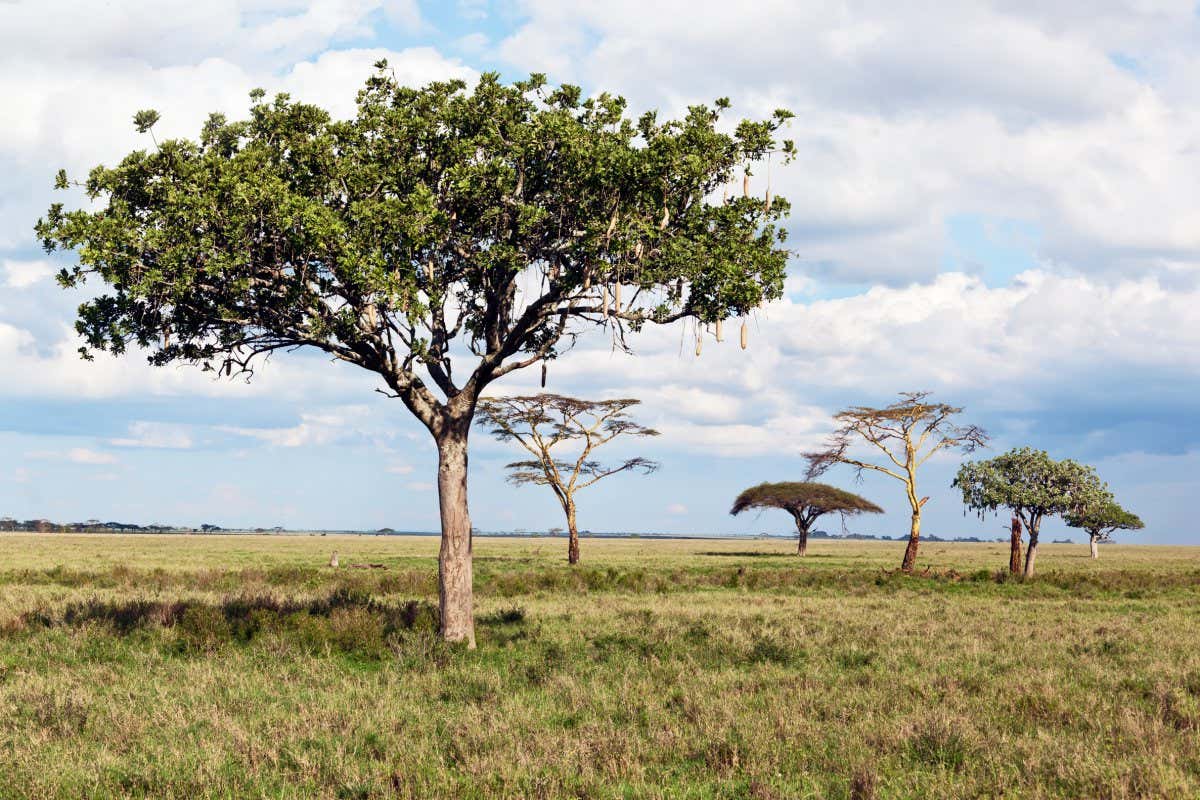 Planting more breadfruit trees could help make food supplies more stable as the planet warms, as climate models suggest they will grow well across the tropics for many decades to come. There is an especially big opportunity in tropical Africa, where large areas are suitable for growing breadfruit trees and will remain so until at least the end of the century.

Breadfruit is a bit like a potato that grows on a tree, says Lucy Yang at Northwestern University in Illinois. The starchy fruits can be cooked in many ways and also turned into a flour.

“They are highly productive and extremely nutritious,” she says. “In addition, once a tree is established it is quite resilient.”

For this study, Yang and Daniel Horton, also at Northwestern, worked with Nyree Zerega at Chicago Botanic Garden. Climate models are usually used to look at all the bad stuff that will happen, says Horton, but his team has begun using them to identify opportunities and solutions.

The researchers first looked at where in the tropics breadfruit grows now and identified the climatic conditions cultivated trees require. Next, they used climate models to look at where breadfruit could still be grown between 2060 and 2080.

They found the crop will be relatively unaffected, with the overall suitable area shrinking by just 4 per cent globally.

This is significant because some studies suggest the yields of staple crops such as rice could be hard hit by rising temperatures and more extreme weather. There are expected to be many more food shocks like that of 2010, when Russia stopped exporting wheat after a heatwave slashed yields, leading to price rises that helped trigger the Arab Spring.

The team’s findings also revealed a big opportunity in tropical Africa, where only a little breadfruit is currently grown. “There’s potential there to expand breadfruit cultivation,” says Horton. “This tree may be able to have really positive impacts on food resilience and security.”