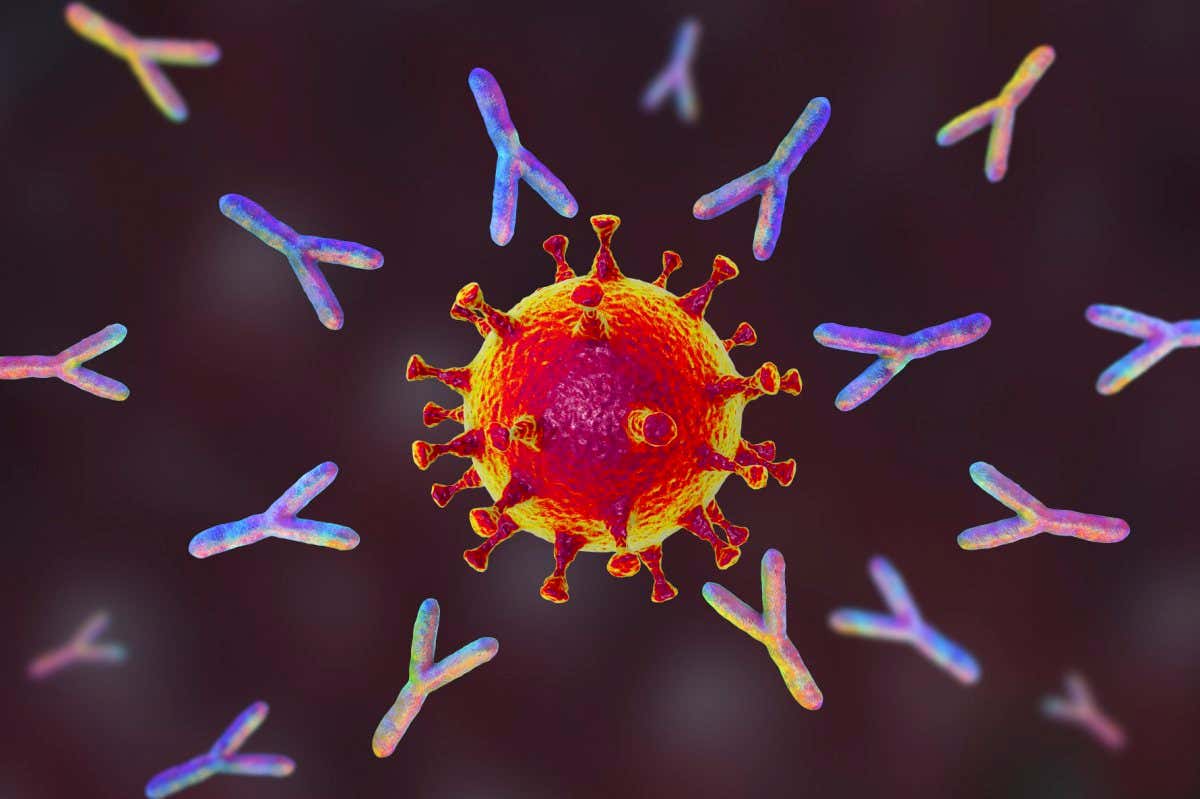 A simple blood test could help predict which people with covid-19 are likely to get severely ill and need to go on a ventilator. The test measures levels of antibodies in the blood that are directed against molecules released by dead blood cells, including their own DNA.

The test may also prove helpful in infected people before they reach the stage of needing hospital treatment, says Ana Rodriguez at NYU Langone in New York. It is likely to be less accurate in that group, but it could indicate who needs closer monitoring, she says.

People who get severely ill from covid-19 tend to deteriorate at least a week or more after symptoms begin, when virus levels are falling, suggesting it is something about the person’s reaction to the infection that causes their problems, rather than the virus itself.

Rodriguez’s team looked at blood tests done on 115 people admitted to hospital with covid-19 in 2020. About half of these people became severely ill and needed oxygen support, while the rest recovered quickly.

Those with high levels of antibodies directed against DNA or a fatty molecule from cell membranes called phosphatidylserine had about a 90 per cent chance of deteriorating. But the test only identified about a quarter of people who got worse. “It won’t mean we catch everybody but if you have this, it looks very bad,” says Rodriguez.

It is unclear if the antibodies detected by the test are involved in the person’s deterioration, or if they are innocent bystanders. The DNA and phosphatidylserine seem to come from red blood cells that have burst open, as well as immune cells called neutrophils that release their DNA as they die in a bid to trap bacteria. It is possible that the antibodies may bind to the DNA, contributing to the formation of multiple tiny blood clots, which is often seen in severe covid-19 and causes strokes and kidney damage.

Doctors currently make covid-19 treatment decisions based on people’s clinical signs, such as their blood oxygen levels, and their age and other risk factors.