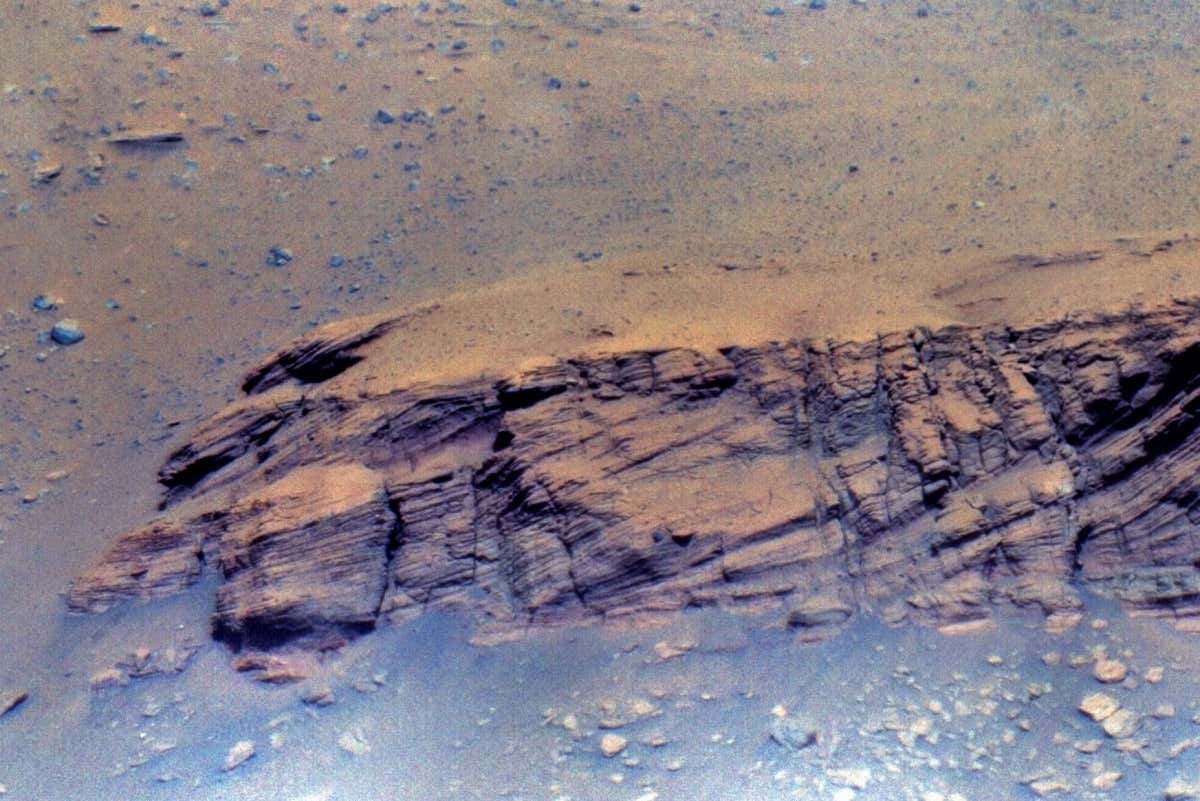 The ancient lake that once sat in Jezero crater on Mars flooded billions of years ago, transporting large boulders through a river delta and depositing fine-grained clay that could potentially preserve signs of ancient life.

Nicolas Mangold at the University of Nantes in France and his colleagues analysed photographs of a cliff face taken by NASA’s Perseverance rover from February to May 2021.

The researchers identified three parts of a rock formation shown in the images called Kodiak butte, at the opening of the lake. At the top, there are large boulders, the biggest of which is 1.5 metres wide and 1 metre high, that suggest the flow of water into the lake sped up enough at one point that it could carry the rocks over tens of kilometres.

Below the boulders, they found a build-up of sediment that points to a steady and consistent river flow before the boulder-carrying floods hit the crater. We have no idea what caused the floods, Mangold says.

Meanwhile, on the lowest layer the team saw evidence of mudstones, which Mangold says are most capable of storing signs of ancient life.

“These images are a rock-solid case for the presence of a sustained lake at Jezero crater,” says Joe Levy at Colgate University in Hamilton, New York. “The features I’m most excited about… are these muddier, finer-grained parts of the delta [which] have never been explored on Mars and have the best chance of preserving organic matter or other clues to whether any organisms could have called the lake home during Mars’ early, warmer, wetter period.”

There is currently no liquid water on Mars because the planet is too cold and the pressure in the atmosphere is too low. But 3.7 billion years ago, water flowed on the surface.

The three rock layers in the images from Perseverance look typical of a shoreline and like those found in basins that used to hold lakes in the Nevada desert, says Mangold.

Water is thought to have filled much of Jezero crater, which has a diameter of 45 kilometres. “We believe the lake was about 35 kilometres wide and about 900 square kilometres in area,” says Mangold.

But there is still a lot we don’t know about the lake. “We know there was a river entering the crater to the west,” says Mangold. “There is no doubt that’s where the water would have come from, but it’s unclear if it came from glacial lakes upstream or was it just rain?”

We also don’t know how old it is or when it dried up, nor whether the water was fresh or salty, which could impact the types of potential life it may have sustained.

Sign up to our free Launchpad newsletter for a voyage across the galaxy and beyond, every Friday