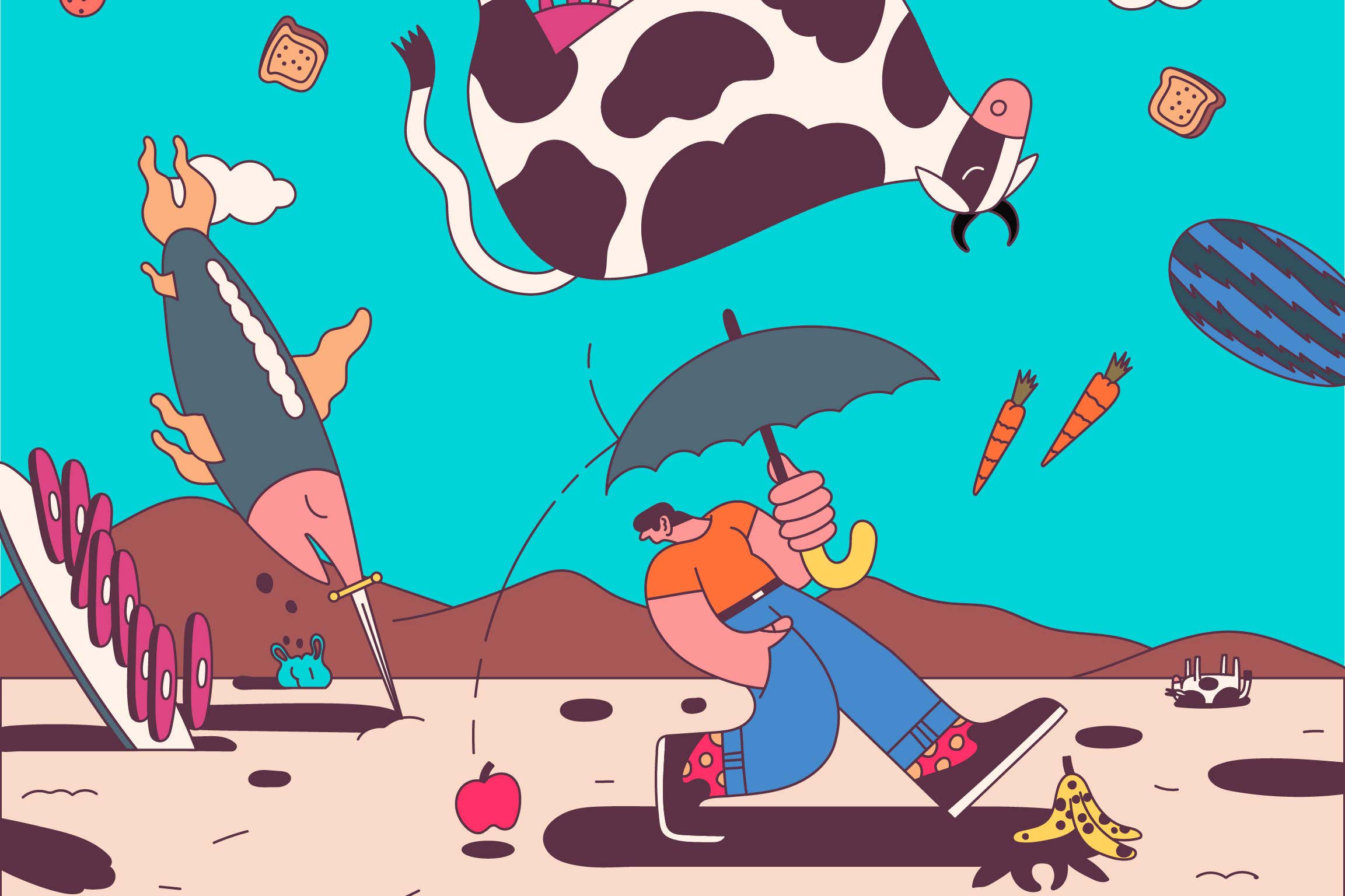 Food waste isn’t just morally objectionable; it also produces vast amounts of greenhouse gases. But this is one food fight we can win, with simple actions at home and new tech in industry

I OFTEN feel guilty in the kitchen. The problem isn’t my cooking; I live in France and pride myself on my culinary skills. The cause of my guilt is the amount of food I keep throwing away. A pile of leftover pasta, the uneaten salmon from my daughter’s plate, some expired tofu discovered at the back of the fridge – in it all goes. It sits there in a heap on top of the plastic packaging in which most of the food came wrapped.

It might be a modest heap in my kitchen bin, but, worldwide, food waste is a problem of supersized proportions. About a third of all produce is lost or wasted, most of it thrown into landfill. As that food rots, it produces vast amounts of greenhouse gases. If food waste were a country, its carbon footprint would almost match that of the US. You might say that instead of cooking our food, we are cooking the planet. No wonder that scientists, campaigners – and plenty of ordinary folk like me – are deeply worried.

I decided to turn to science and ask what we really know about how to make sure less food is squandered. It was eye-opening, to say the least. I have changed the way I shop and eat. My preferences on the way food is packaged have been transformed. I also learned that the food industry is at the beginning of some sweeping technological shifts, which could see food waste become not a problem, but an opportunity.

For most of human history, sustenance has been hard won and not something we would have dreamed of …