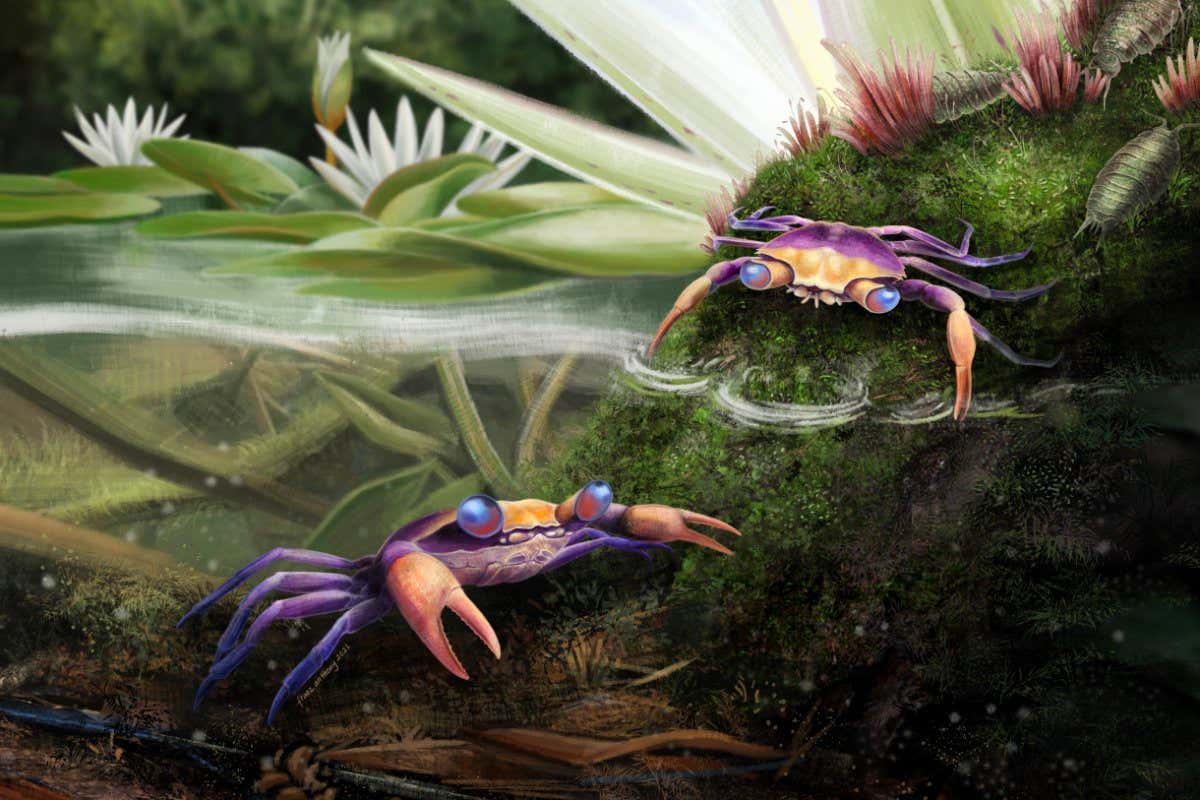 A tiny crab is the first to be found trapped in amber from the dinosaur era. It lived in a forest area of South-East Asia 99 million years ago.

Remarkably similar to modern crabs, the 5-millimetre-long crustacean is fully preserved, making it “the most complete crab [fossil] ever discovered”, says Javier Luque at Harvard University.

“We are talking about pristine preservation, as in, not missing a single hair,” Luque says. “And even though it’s so small, we were able to see so many details so exquisitely, …